Kim Sun-ah, Gong Hyo-jin and Bae Suzy to Be Seen in Dramas after Chuseok 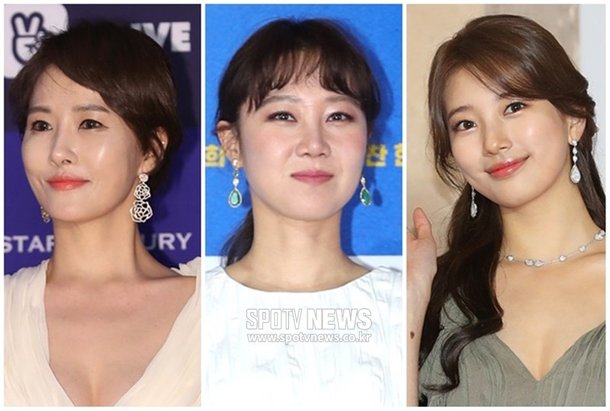 Kim Sun-ah is coming back with the new SBS drama "Secret Boutique". It's a lady noir about women who battle to become the head of the DEO company and the gate to the development of an international city.

Kim Sun-ah tackles the role of Jenny Jang, a woman who started as a scrubber in a public bath, then a maid at the DEO family's house, and became a secret heavyweight in the political and business circles. She is after the head position of the company with the key to the development of the international city. Factors such as the changes in identity, women's characters and chemistry resemble the 2017 drama "Woman of Dignity".

Gong Hyo-jin returns to drama for the first time in 3 years with "When the Camellia Blooms". It is a rom-com about unconditionally supporting Dong-baek, a woman trapped in prejudice.

Gong Hyo-jin plays Dong-baek who lives in Ong-san, where no one comes in or out. She owns a bar called Camellia and she's the greatest beauty for miles.

Singer and actress Bae Suzy comes back for the first time in 2 years with "Vagabond". She plays black ops agent Go Hae-ri, a lovely but strong character.

"Vagabond" is a drama about an ordinary man who comes across surprising circumstances that place him in the center of a huge corruption scandal.

"Secret Boutique" and "When the Camellia Blooms" begin on the 18th at 10PM, and "Vagabond" begins on the 20th.

"Kim Sun-ah, Gong Hyo-jin and Bae Suzy to Be Seen in Dramas after Chuseok"
by HanCinema is licensed under a Creative Commons Attribution-Share Alike 3.0 Unported License.
Based on a work from this source