Kim Sun-ah no make-up, first script reading for "Scent of a Woman" 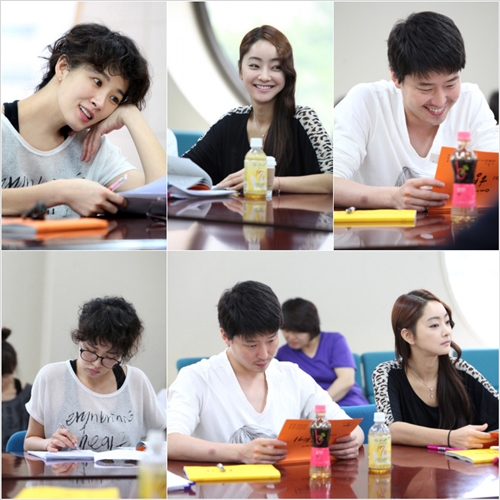 The script reading for "Scent of a Woman" with Kim Sun-ah, Uhm Ki-joon and Seo Hyo-rim has been revealed.

Members of the SBS drama "Scent of a Woman" which Kim Sun-ah is returning with in 2 years gathered together on the 7th to practice their scripts.

Apparently Kim Sun-ah came to the reading without any make up as she was on her way from the gym.

Working together for the third time on this drama, Uhm Ki-joon and Seo Hyo-rim said, "We are meant to be". Uhm Ki-joon also joked that, "There aren't many scenes Seo Hyo-rim and I do together so today might be the first and last time I see her".

During the 3 hour practice, the actors and actresses did it like the real thing. They also discussed things with the director and writer for better feelings.

The production says, "We have spoken a lot through the script reading and the first impression is good. We could feel the truth and passion in the director, actors and actresses. It should be a great drama".

Meanwhile, "Scent of a Woman" will be first broadcasted on the 16th of July after "New Gisaeng Story".

"Kim Sun-ah no make-up, first script reading for "Scent of a Woman""
by HanCinema is licensed under a Creative Commons Attribution-Share Alike 3.0 Unported License.
Based on a work from this source