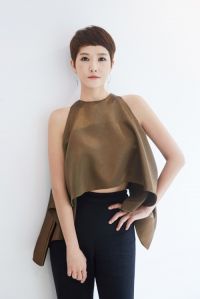 Kim Sun-ah, who gained top star status after the success of the drama "My Name is Kim Sam-soon", has confirmed to appear in the movie "Girl Scout" (by director Kim Sang-man).

After "My Name is Kim Sam-soon", Kim Sun-ah said that she had agreed to appear in "Thursday's Child" last May. But even after the filming started last September, due to the change of directors and production problems, her agency had cancelled her contract with the movie. "Thursday's Child" is directed by director Won Shin-yun of the movie "A Bloody Aria", and the movie was changed to "Seven Days" with a change in the theme. This movie had also casted Kim Yunjin and Kim Mi-sook.

Meanwhile, "Girl Scout" is a movie with a comic touch and is a criminal drama. When the head of a credit union disappears with millions of dollars of the credit union's money, four women create a team called "Bong Chon Girl Scout Troop #3" to recover the stolen money and chaos ensues.

This movie was based on the work of Kim Seok-joo, who received the golden trophy at the First Gyeonggi Film Commission Scenario Awards. Mr. Kim made his name and gained popularity as the story writer for the internet comic series "Watangka".

Director Kim Sang-man was the art director of the movies "Happy End" and "JSA - Joint Security Area" He also designed the posters for the movies "Sympathy for Lady Vengeance", "Rules of Dating", "The Host", and even was a music director for "Bloody Tie". "Girl Scout" will be his debut as an executive director.

President Shim Bo-kyeong of the production company revealed that "there will be a variety of women in their 20's, 30's, 40's, and 50's who will appear. So far, Kim Sun-ah and Na Moon-hee have confirmed, and after the rest of the casting is done, the filming is planned to start in July".