Kim Sun-ah to hold fan meeting in Taiwan this weekend 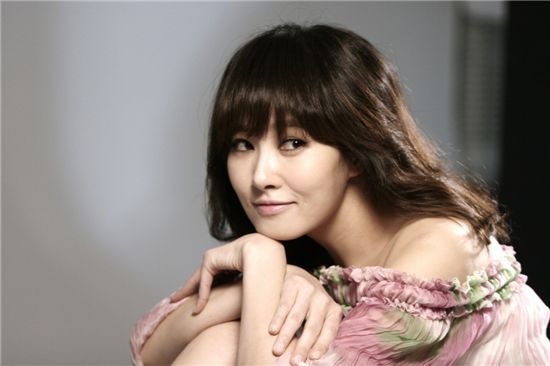 Hallyu star Kim Sun-ah will be visiting Taiwan this weekend to host her first-ever fan meeting in the country, according to her agency Yedang Entertainment on Friday.

Yedang announced in a press release that the actress, who left for Taiwan this morning, will be carrying out various activities in the country as part of celebrating the success of her SBS TV series "THE CITY HALL".

She will be attending a press conference and an autograph signing event later today, followed by a fan meeting at Taiwan International Convention Center on Saturday evening.

An official related to the local fan event explained that they had to limit the number of attendees for administrative reasons although they continue to receive inquiries from people.

"I have always been thankful to my fans in Taiwan who have supported and encouraged me through my official website and fan letters", the 34-year-old actress was quoted as saying, adding that she "will do [her] best" to make the event memorable to fans.

The actress, who grew up in Japan and speaks fluent Japanese, shot to stardom throughout Asia with her comedic role in hit MBC TV series "My Name is Kim Sam-soon"(2005).

Taking a three-year break after "My Name is Kim Sam-soon", she returned to the small screen with "When It's at Night" (MBC, 2008) and "THE CITY HALL" (SBS, 2009), playing a low-level government employee from the countryside who eventually becomes the mayor.

Last year, she was voted "Favorite Korean Actress" in a viewers' survey conducted by Japanese cable channel LaLaTV, raking in a whopping 35 percent of votes over other Hallyu stars including Choi Ji-woo, Lee Young-ae and Song Hye-kyo.

"Kim Sun-ah to hold fan meeting in Taiwan this weekend"
by HanCinema is licensed under a Creative Commons Attribution-Share Alike 3.0 Unported License.
Based on a work from this source