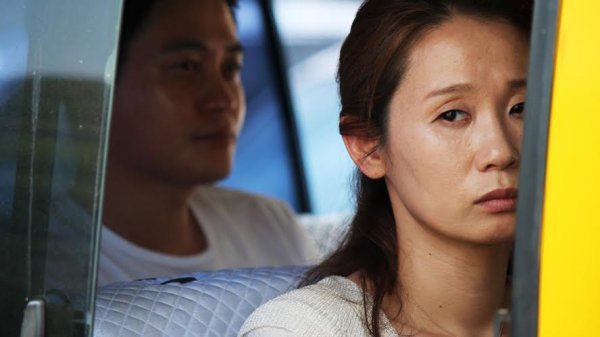 "Happy Bus Day" is about a family that gathers in the eldest son's "Monster"house to celebrate the monster's birthday and having everyone spending the last ten minutes with the "Monster" on their mother's orders to relieve their wounds and secrets to it.

While this movie refers human trauma to a unique family, Kim Sun-young takes on the role of Seon-yeong, an ordinary but not so ordinary daughter-in-law. She's also someone with wounds to heal and the actress did an impressive performance in the movie.

"Happy Bus Day" is Lee Seung-won-I's second feature film and it was invited to not only Jeonju but to Hong Kong where he won the Critics Association Award,

Kim Sun-young is appearing at the JJIFF from the 27th to the 29th with her husband.

Meanwhile, Kim Sun-young is currently starring in "Father, I'll Take Care of You" and she's coming back with "Lookout" in May.

"Kim Sun-young to attend the Jeonju International Film Festival with husband and director Lee Seung-won-I"
by HanCinema is licensed under a Creative Commons Attribution-Share Alike 3.0 Unported License.
Based on a work from this source