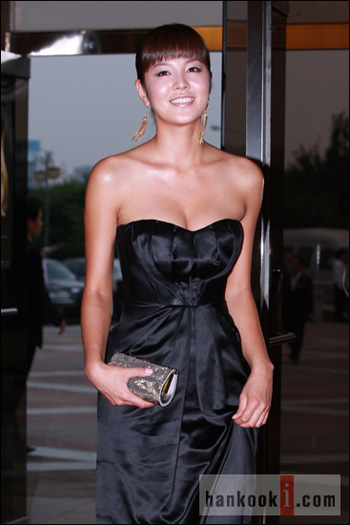 Cameo appearance as an announcer in movie "Superstar".

Actress Kim Sung-eun is coming back to screens for the first time in 5 years since "Hotel M: Gangster's Last Draw".

Her management Double M Entertainment revealed on the 22nd, "Kim Sung-eun has confirmed to make a cameo appearance in "Superstar" with Kim Rae-won and Jo An".

"Superstar" is about a music director blinded by advancement, taking part in a musical audition as a mentor with a multicultural girl as a partner ad experiencing his first intentions and inspiration from her.

Kim Sung-eun is an MC for a live audition that goes up to three rounds in the finals. Having proved her abilities to proceed as an MC on the cable TV Olive TV "Tasty Road" before, Kim Sung-eun was chosen by director Kim Seong-hun who had his eyes on her.

Kim Sung-eun said, "This decision was made quickly but I am working hard to meet up to the expectations".

"Kim Sung-eun comes back for the first time in 5 years with a movie"
by HanCinema is licensed under a Creative Commons Attribution-Share Alike 3.0 Unported License.
Based on a work from this source