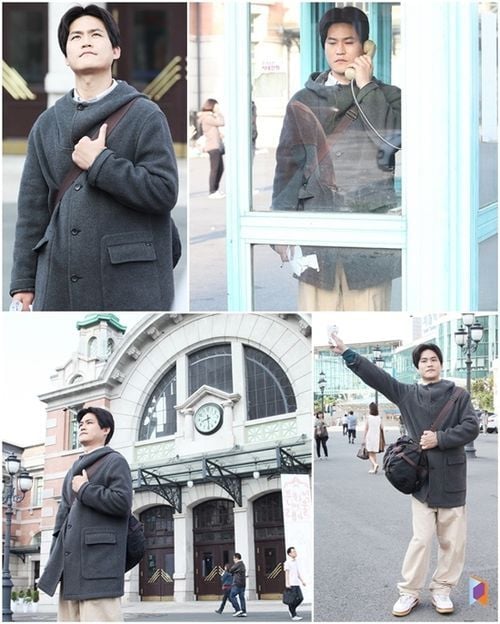 Actor Kim Sung-kyun takes on the role of Sam Cheon-po, a college boy from the outskirts in the new tvN drama "Answer Me 1994".

Pictures of the actor were released by his agency on the 17th and he's transformed into a country boy. He is wearing a long coat with wide pants. He is looking up into the Seoul sky with a determined look on his face which reflects the image of a newly Seoul-bound country boy.

Sam Cheon-po is a twenty-year-old college boy from Kyeong-nam. He looks like a thirty-something year-old but is meticulous and pursues the best, only seeking the style of Jang Gook-yeong. Kim Sung-kyun wore a wig to make the middle-parted hairstyle, which was a 'thing' back then and completely disguised himself in his own character. The charismatic and strong character is nowhere to be found.

"Kim Sung-kyun in "Answer Me 1994""
by HanCinema is licensed under a Creative Commons Attribution-Share Alike 3.0 Unported License.
Based on a work from this source