Kim Sung-min's wife, "It happened when he was drunkI shoud have put him to bed" 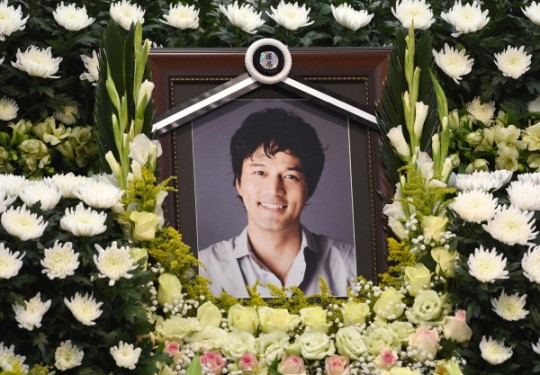 The actor Kim Sung-min's wife is in mourning over the death of her husband.

In an interview with K STAR "Star News", Kim's wife said, "It appears that he attempted suicide because he was angry over the fight we had but he was drunk when it happened. Even though I'm older, he always loved me".

"He was doing well after prison time but I think he lost control being drunk".

"We only fought for 2~3 minutes. I resent myself. I did the wrong thing. I should have just put him to bed when he came home".

"He used to go to work with me and he got along with the people at the dentist".

"I used to pity him looking out the window without a thought on his face. It hurt me to think that he could never be a celebrity again".

Meanwhile, Kim Sung-min was diagnosed of brain damage on the 26th and the family donated his organs like he always wished to.

"Kim Sung-min's wife, "It happened when he was drunkI shoud have put him to bed""
by HanCinema is licensed under a Creative Commons Attribution-Share Alike 3.0 Unported License.
Based on a work from this source