Kim Tae-hee: 'Since the hit IRIS, I Feel Greedy about Success' 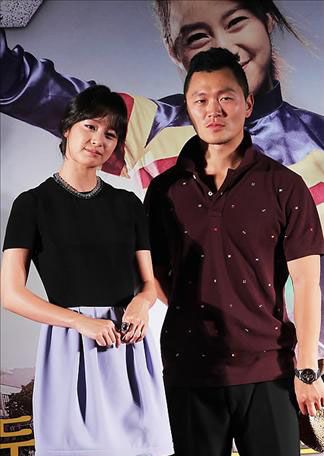 "I did not care much about the number of viewers and the viewer ratings before, but as the drama "IRIS" gained huge success, I began to feel greedy about being successful". -Kim Tae-hee

At the production presentation of the movie "Grand Prix" (to be released on September 16) held at Megabox in Dongdaemun on August 19, the female protagonist Kim Tae-hee revealed both the pressure about the movie's success and her desire to be successful. Kim Tae-hee said, "Usually I become very comfortable after I finish filming, but this time, I sometimes became nervous and worried, and it meant that I might be feeling pressure about this movie".

In "Grand Prix", the main protagonist is a female jockey, Joo Hee (Kim Tae-hee), who has lost her confidence due to an accident that happened during a horse race. She gave up everything and went to Jeju Island, and there she met Woo Seok (Yang Dong-geun), who had lived with similar emotional scars. She became encouraged by his help and challenged herself again by participating in the biggest horse racing championship.

Director Yang Yoon-ho, who produced the movie "Holiday","Fighter in the Wind", and "Libera Me" and the drama "IRIS", directed the movie. 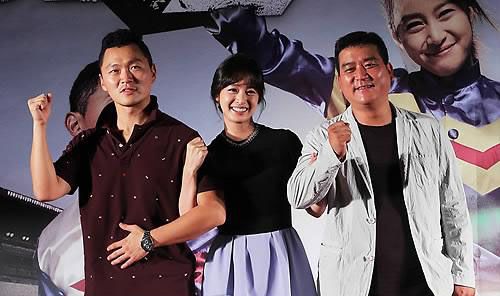 Kim Tae-hee said that she took part in this kind of movie, in which the female protagonist leads the whole story, for the first time, and after beginning filming, he had felt more pressure than she expected. Kim added that she did not analyze the character thoroughly; instead, she met with female jockeys and listened to their stories about how they live. She said, "As they have a job living together with animals, they seemed to have an innocent and pure spirit. I tried my best to express their spirit as much as possible".

She revealed that she had been afraid of riding horses before beginning to film, but with luck, she had not fallen from a horse. She said, "While I filmed the movie with a horse for four to five months, I could realize the attractiveness of the horse. I want to keep riding horses in the future".

About the question asking when the most sparkling moment was for her, she answered, "I have never thought that I shine brightly. But, if I look back upon the past, I can realize that it was such a valuable and happy time. From now on, I want to seize the every moment of my happy and valuable life and want to feel the moment 100 percent".

Actor Lee Joon-gi had initially been cast for the character Woo Seok, but as he had to join the army, Yang Dong-geun took the role instead. The director Yang Yoon-ho explained that as the actor had been changed, the scenes where the man and woman meet had to be almost entirely changed. 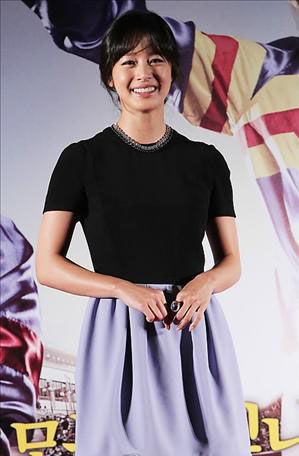 For actor Yang Dong-geun, who had been discharged from the army in March, the movie "Grand Prix" is the first work in which he appears after making a comeback. When he was in the army, he moved his unit from the military band to the Defense Media Agency for Public Information Service, and hosted a radio program entitled "Comfort Train". He said, "While I was in the army, I really wanted to act. I can say that it was a huge desire for acting. It was very funny because I had complained by saying 'I do not want to work. Do I have to quit this job as an actor?' before I joined the army".

"Kim Tae-hee: 'Since the hit IRIS, I Feel Greedy about Success'"
by HanCinema is licensed under a Creative Commons Attribution-Share Alike 3.0 Unported License.
Based on a work from this source