Kim Tae-hee and Rain getting furnishings 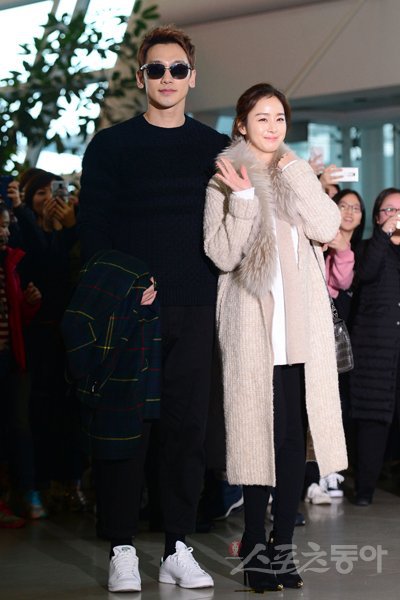 The Rain and Kim Tae-hee couple is getting ready to furnish their honeymoon home. They got married on the 19th of January and they have been looking around for furniture ever since they returned from their honeymoon in Bali. Witnesses have been saying they were spotted at the Nonhyeon Furniture Street recently.

The reason why they are only looking for furniture now is because they haven't bought a new house. They are going to start living in Rain's villa for now.

Rain's father and sister live there as well. So for now, the couple will live together there and slowly look for a place of their own not far from the house they are living in now.

"Kim Tae-hee and Rain getting furnishings "
by HanCinema is licensed under a Creative Commons Attribution-Share Alike 3.0 Unported License.
Based on a work from this source