Kim Tae-hee dressed as a man and goes underwater 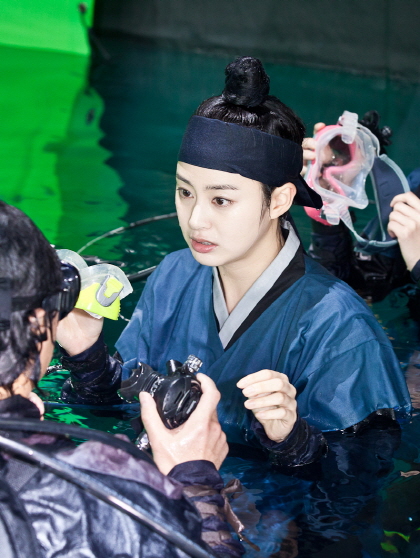 Kim Tae-hee was seen dressed as a man and filming underwater.

This picture was taken from the making of a scene from the SBS drama "Jang Ok-jeong".

Kim Tae-hee's scuba diving license allowed the scene to be made well without any hardships. She concentrated real hard and created the best scene ever.

In the picture, Kim Tae-hee looks as beautiful as always.

We can also see that she's dressed like a man here. She's tried this once before for a photo shoot but this is her first time in a historical drama.

"Kim Tae-hee dressed as a man and goes underwater"
by HanCinema is licensed under a Creative Commons Attribution-Share Alike 3.0 Unported License.
Based on a work from this source