Kim Tae-hee, "I was worried about my relationship with Rain" 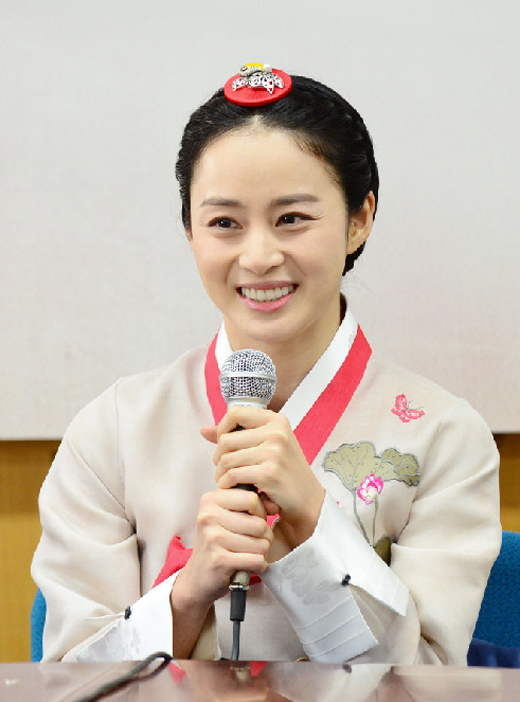 Actress Kim Tae-hee mentioned her boyfriend Rain (Jeong Ji-hoon) for the first time since their scandal broke out two months ago.

Kim Tae-hee attended the press conference of SBS drama "Jang Ok-jeong Lives in Love" held in Ilsan on the 11th. This was her first official event after news about her and Rain broke out in January.

Kim Tae-hee didn't mention his name personally but spoke of him calmly and naturally admitted to seeing him at the moment.

Kim Tae-hee said, "As you all know, we are just getting started. Nothing's changed from the report two months ago".

Kim Tae-hee is coming back for the first time in two years with a drama since MBC "My Princess" on the 8th next month at 9:55PM.
This is your first historical

"I am personally not a fan of historicals. I have never watched a certain historical until the end so it was awkward for me. However, I was reading the first to fourth episodes of "Jang Ok-jeong Lives in Love" and I could read it without difficulty. I understood and could concentrate -- I thought I could actually do this".

- What have you done to prepare for it?

"I am not used to the way they talk so I am trying to get comfortable with the way they talk and dress. The level of accent was the main thing. I have to compromise between ancient historical and fusion. I thought a lot to find the right tone for Jang Ok-jeong Lives in Love". 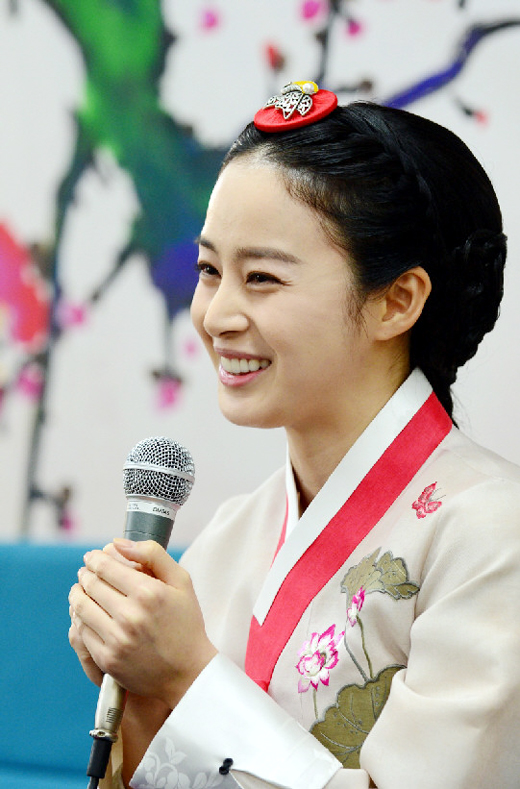 - Whereabouts in acting do you think you have come to?

"I am as old as I am but I don't think I am at my peak yet. So this time, I am greedy and pressured at the same time. I want to do it a different way from my previous work. I want to progress and ripen through this opportunity".

- Your partner is Yoo Ah-in who is six years younger than you.

I watched "Punch" (Wandeugi) and was greatly impressed. He was someone I was interested in after watching the movie. I was happy to hear that he was my partner. It pressures me that he's younger but I think we can work it out. I have to lead him well but all my partners were older than me so far so I don't know what to do.

- You are in a relationship with Rain, does it help acting out love which is the key word of all dramas?

"We are just starting out. There's no change. I only see the drama in front of me. When it comes to love, I think I have to think about the many experiences I went through until now".

- Rain must've said something to cheer for you

"When things first started spilling out, I was very worried. It was right before the drama and I felt so bad for everyone working with me. I was so worried it might ruin things but he comforted me and said everything was going to be alright. He said everything would turn out as much as I worked hard for it".

"Kim Tae-hee, "I was worried about my relationship with Rain""
by HanCinema is licensed under a Creative Commons Attribution-Share Alike 3.0 Unported License.
Based on a work from this source