Kim Tae-hee in "Jang Ok-jeong" rises to the best 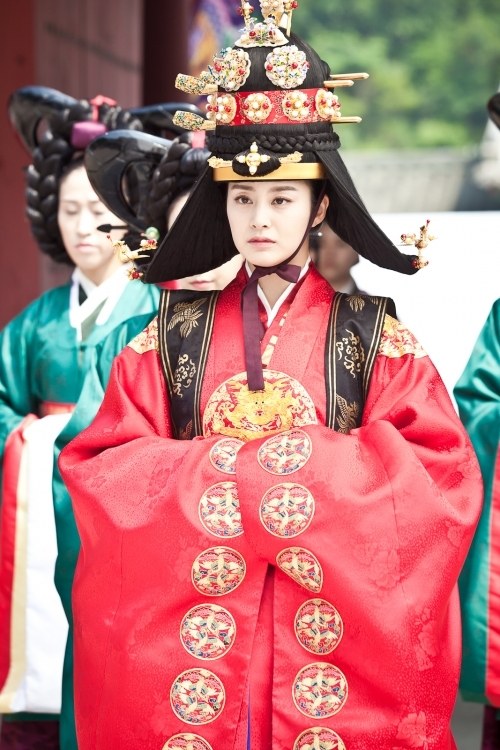 Kim Tae-hee is rising to the best seat.

While Kim Tae-hee's reign of queen can be foreseen in the SBS drama "Jang Ok-jeong", the production revealed scenes of her coronation.

Kim Tae-hee is wearing a red dress looking stern and determined. Her servants are following her from behind.

Jang Ok-jeong (Kim Tae-hee) gave birth to a son for Lee Soon (Yoo Ah-in) but the truth of her birth kept her from moving forward and she's been through many obstacles. She's finally achieved the dream of sitting in the throne for the sake of herself and her son.

However, like history tells it, her reign isn't going to be easy as there are many including In-hyeon (Hong Soo-hyun), Chi-soo (Jae Hee) and Choi-moo Soo-ri (Han Seung-yeon) after her all the time.

The coronation can be seen Monday at 10PM.

"Kim Tae-hee in "Jang Ok-jeong" rises to the best"
by HanCinema is licensed under a Creative Commons Attribution-Share Alike 3.0 Unported License.
Based on a work from this source