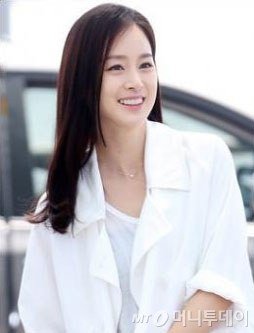 According Wonjung Buildings, Kim Tae-hee bought the Prestige 2 building at 13.2 billion won (~US$13 Million). It's right by Exit 4 of Gangnam Station.

This building has a lot area of 403 square meters, floor space of 1942 square meters and is made up of three underground floors and six stories high. This building was built in 2011 and there are academies and restaurants make up the building. The purchasing funds were made up of 4.6 billion loans and the rest in cash.

Rent is a 1 billion deposit and 60 million monthly, and because of the high floating population the building's earning rate is roughly 6%.

According to a source, 36 famous celebrities have 42 buildings to their names. Chairman Lee Soo-man was first with 19 billion won. Seo Taeji and Yang Hyeon-seok from YG Entertainment came in second and third with 16 billion and 15 billion.

"Kim Tae-hee purchases 13.2 billion won building"
by HanCinema is licensed under a Creative Commons Attribution-Share Alike 3.0 Unported License.
Based on a work from this source