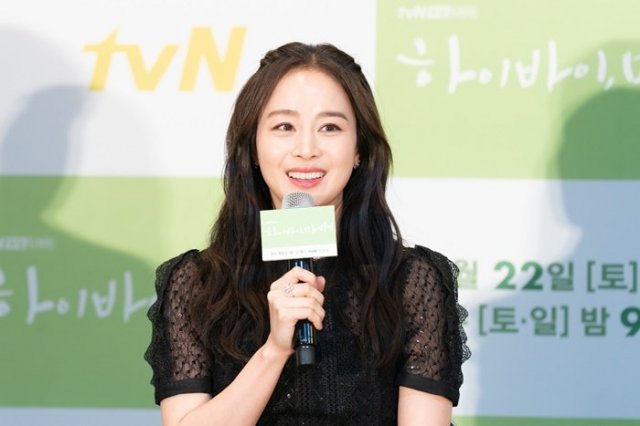 Actress Kim Tae-hee is set to return to the small screen, about five years after her marriage with Rain and pregnancy.

She will star in cable channel tvN's new TV series "Hi Bye, Mama!", which deals with the story of a ghost who returns to her husband and daughter.

"When I first read the script, as a mother of two daughters, I was able to instantly empathize with the role. I believe this TV series has great lessons for viewers and I want to be part of that. That was one of the reasons I decided to work on this", Kim said at a press event in Seoul on Tuesday.

"I know how hard it is to raise a child. But after playing a ghost mother, I realized what a blessing it is to be able to hug and talk to my kids", Kim said.

"It's been a quite while [to be away from acting]. I hope to work on other projects after this one and want to be an actress who captures viewers' attention", she said.

The first episode of the series is slated to air on Feb. 22.

"Kim Tae-hee Returns to Acting After 5-Year Break"
by HanCinema is licensed under a Creative Commons Attribution-Share Alike 3.0 Unported License.
Based on a work from this source