Kim Tae-hee's man is not Rain but Yoo Ah-in 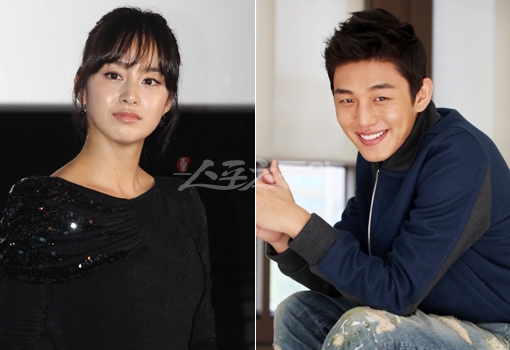 Yoo Ah-in has been chosen as 'Kim Tae-hee's man'.

Yoo takes on the role of Sook Jong in the upcoming SBS drama "Jang Ok-jeong Lives in Love".

"Jang Ok-jeong Lives in Love" is well known as Kim Tae-hee's drama. However, the leading male role continuously failed to book although many candidates went through the radar. In the end Yoo Ah-in has been selected and is waiting for his first take.

This drama looks at Jang Ok-jeong, the greatest designer of the Joseon times, at a different angle. Yoo Ah-in will be in a romantic relationship with Kim Tae-hee.

A source claimed on the 21st, "His schedule has been adjusted so that it doesn't overlap with "Tough as Iron". This is Yoo Ah-in's third historical drama since "Mighty Chil-woo" in 2009 and "Sungkyunkwan Scandal" in 2010".

"Kim Tae-hee's man is not Rain but Yoo Ah-in"
by HanCinema is licensed under a Creative Commons Attribution-Share Alike 3.0 Unported License.
Based on a work from this source