Kim Tae-hee says was "lifeless" before taking up acting 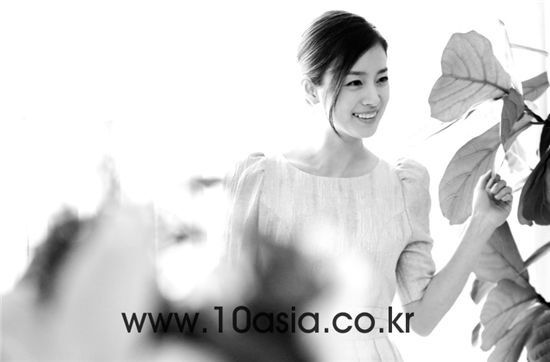 KBS TV series "IRIS" ended its run last week while viewers were left to wonder why main character Hyun-joon (played by Lee Byung-hun) die. And Choi Seung-hee (Kim Tae-hee) mysteriously remains standing at the center of this story which ended with an open ending. She turned out to be the unexpected twist at the end of the drama which helped her character leave a stronger impression rather than ending up being the typical passive female who yields to her man's wishes. Kim talked to reporters last Friday, the day after the blockbuster spy drama aired its final episode.

Q: You must feel quite different about this drama compared to your past works.
Kim Tae-hee (Kim): Actors usually say they feel mixed emotions of both joy and sadness when they're done with a film or drama. I had felt more relief with my past roles but I think the sadness is greater this time. I think it's because we had been in shoot for a long time and I had been active in laying forth my own ideas for the drama too while monitoring my scenes in the editing room. I was very stressed while working on it but I have a deep affection for it. 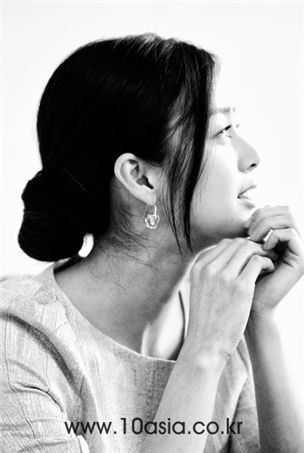 Q: How satisfied are you with the ending?
Kim: I wonder how it would've been if the ending had been more clear. My character Seung-hee is mysterious till the very end -- contemplating over whether she should assassinate the president or kill Iris' snipers. You can't even tell whether she is telling the truth or not. I do wish the ending provided more explanation to clear things up.

Q: Seung-hee was the one who held the key to the mystery in the latter half of the drama. Did you know she would play such a role when you first went into shoot?
Kim: I didn't but the screenwriter told me to play out my role without taking such issues into consideration. I was told that I should just act out how Seung-hee would be according to the situation mentioned in the script at the time, regardless of what would happen in the future. I was very frustrated while in shoot though because we didn't shoot the scenes in order and I had to do so without being aware of her identity or mentality. But I think my acting would have been more calculated if I had read the entire script beforehand and knew what her identity was. 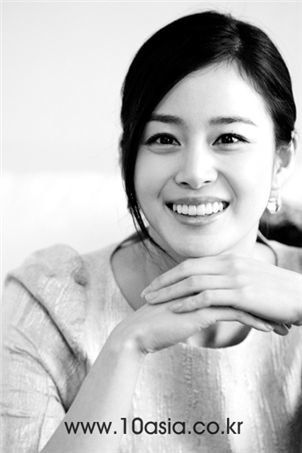 Q: When exactly did you find out about the ending?
Kim: The script for the last two episodes came out less than a week before they were set to air.

Q: You mentioned you actively projected your ideas while working on this drama. Which scenes in particular?
Kim: First of all, the writer wasn't the type that wants actors to recite each line word for word, but rather matches the actor's personality to his or her character. For example, in the scene where Hyun-joon follows around my character Seung-hee on campus, she was supposed to say, "I hate making small talk over coffee". but it changed to "It's not my thing". And in Hungary, she said "Even if I die, I'd want to with you", but changed it to "I'd even go to hell with you" because I just wasn't feeling it. And in the scene where I fight with terrorists who invaded into the NSS, the director wanted me to take down my opponent swiftly with a mass but I asked that I fight a long bout because I'm an agent and I would have undergone the basic training necessary for it.

10: As eager as you were about doing a good job in this drama, there must be some scenes you wish you did better on.
Kim: So many, taking the smallest details into consideration. I personally am disappointed with the scene where I look at Hyun-joon while he's being tortured in the first episode. It was hard having to deliver my emotions because I wasn't actually looking at him being tortured but looking into the camera. I guess I could have rehearsed with Lee Byung-hun but I felt bad about asking him because he had been having a rough time shooting in the underground bunker for several days. Anyhow, I watched the scene on TV later on and I had this obscure look in my eyes. I had hoped to express more emotion but the director said it was good because my slightly expressionless face made the scene stronger. 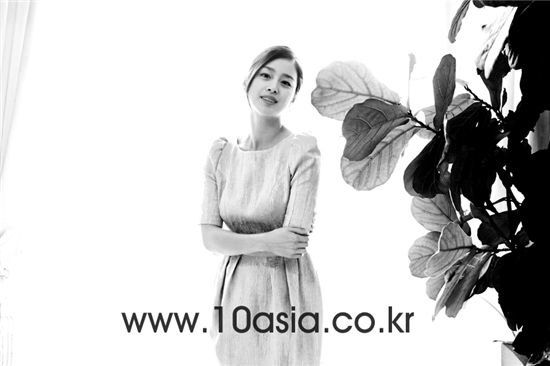 10: You had said you put in the most effort for your role this time and hoped it would be a turning point. Do you think it has been?
Kim: I had been very frustrated in the past because it seemed like acting came so easily for everyone else and I was the only one walking through an endless maze. But after having worked on "IRIS" for ten months and receiving a lot of advice from my senior actors, I think part of the frustration has disappeared and I feel a bit more comfortable acting now.

Q: Does that mean you think you've gained confidence?
Kim: Maybe a little. I'm also glad that people are finally saying 'Kim Tae-hee has a hit drama too'. (laugh)

Q: So it's good that the show ended up doing well but you must've been very stressed before it went on air. You were the lead actress for the most-anticipated TV series during the second half of the year.
Kim: It really was enormous (stress). I wasn't able to get a complete grasp of my character's emotions because we started by shooting the scene where Seung-hee goes on a trip to Japan with Hyun-joon (played by Lee Byung-hun) and then went straight to Hungary without shooting anything in between. I was only handed a script to look at so it wasn't easy trying to create a link between the two. Hence I wasn't confident about it and was very stressed. That's when the director gave me the task of practicing do to pantomime. He said it would help with my acting. He told me to practice in various ways on my own, then try it with other actors. I also shot video of myself doing it and would monitor it afterwards. It really helped a lot and I was able to adjust to my role after returning to Korea from Hungary. 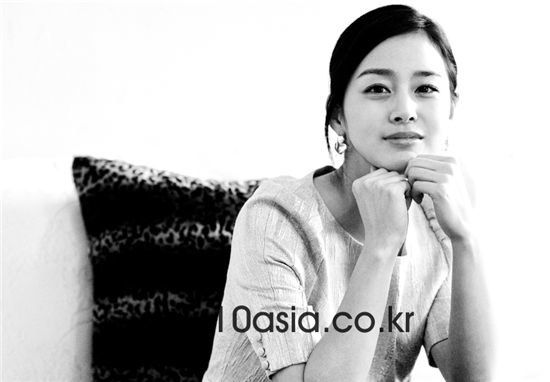 Q: It felt like you were trying to break through the controversy over your acting skills... a certain obstinacy or intensity. What we're curious to know is whether you are actually enjoying your job.
Kim: I had been weighed down with a sense of responsibility and pressure in the past because I somehow entered the field of acting but was not living up to expectations so I became very disappointed and frustrated in myself. I'm sure everyone probably does better job at and enjoy doing more of what they are good at. But I think one thing has changed because of "IRIS". My acting hasn't turned around 180 degrees but my thoughts -- thinking that I had a disadvantageous personality for an actor -- has changed a bit and I were able to discover moments when I found potential within myself as an actor.

Q: Do you think you've become more emotionally abundant?
Kim: Of course. I'm growing older too. I've really felt that I'm becoming more of a person through acting. I was almost lifeless before. (laugh)

Q: Then could we take it that your life has become more abundant and enjoyable due to acting?
Kim: My life has become more abundant. But is hasn't become fun yet. (laugh) In the past I had been quite optimistic and never looked back on what I've done but I now feel emotions such as depression which in turn has helped me feel greater happiness. One can only feel happiness from the smallest things by experiencing sorrow.