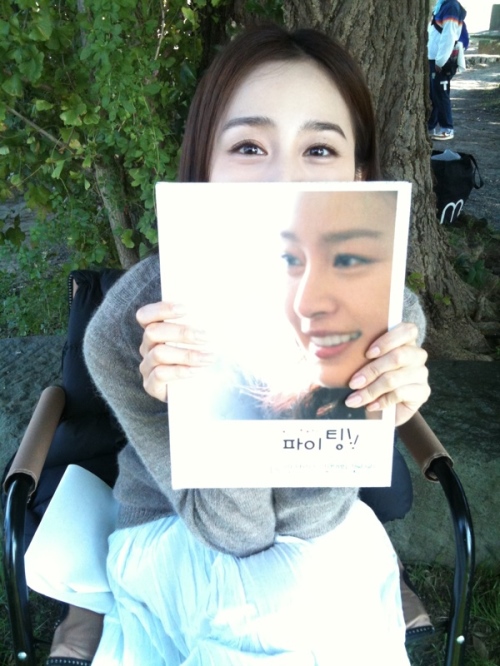 Actress Kim Tae-hee showed the evidence of a present she received from fans.

She posted a picture on her 'Me Today' site on October 28th saying, "It's been a while! There was a gift waiting for me as soon as I returned to Japan from Korea after filming an advertisement. Thanks so much! I am going to cheer up with this! Now I am outside shooting the drama!".

In the picture, Kim Tae-hee is looking at the camera with her eyes hiding behind a big piece of paper with her face on it.

Those who have seen the picture say, "This is unbelievable!", "I am enjoying your drama. I hope for good results as much as it is being taken outside!", "Fighting wherever you go! I support you!" and more.

"Kim Tae-hee takes picture of gift, "Thanks!""
by HanCinema is licensed under a Creative Commons Attribution-Share Alike 3.0 Unported License.
Based on a work from this source