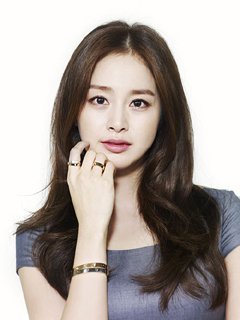 Kim Tae-hee has landed the lead female role in a 40-episode Chinese drama about one of the most famous Chinese calligraphers.

The drama portrays the life of Wang Xizhi. Chinese actor Wang Renjun has been cast in the title role and Kim will play his wife. More than just his partner and assistant, she helped Wang become the unrivaled calligrapher of the ages.

"Kim Tae-hee is concentrating on learning Chinese and calligraphy and studying about Wang Xizhi so she can play the role flawlessly", her agency Lua Entertainment said.

Kim will leave for China in mid-June and shoot in Hangzhou until August. She will also work on Chinese TV commercials as she attempts to break deeper into the Chinese market.