Kim Tae-hee to model for cosmetic brand until 40 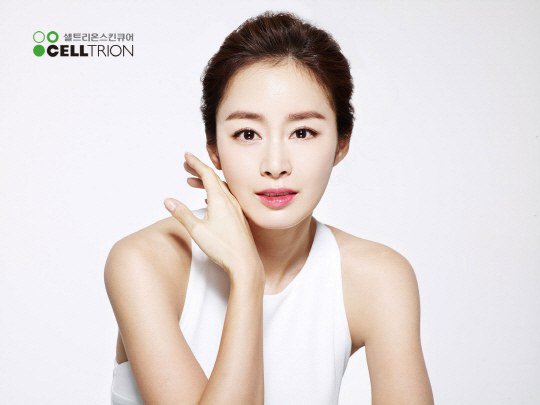 The actress who recently starred in a successful drama is beyond Korean beauty and currently represents the whole of Asia. She is now the model of Celltrion Skin Cure for the next 5 years.

Personnel from the company says, "Not only is Kim Tae-hee naturally pretty, she's also loyal and intelligent. She'll be able to express the philosophies and visions of the company very well. We also plan on coming up with a new paradigm with our new model and products".

It's unusual for such a long-term contract with a model but this is because Celltrion Skin Cure is planning on a bigger step into the cosmetics market and Kim Tae-hee has just joined them in alliance.

Meanwhile, Celltrion is an exclusive cosmetics company that bases its technology on biomaterials. It has created cosmetics for wrinkles, whitening, reclamation, and humectants. It goes beyond the concept of 'care' and targets for 'cure'.

Celltrion took over Hanskin Celltrion in 2013 and with its technology it plans on coming up with cosmetics of high functions compared to price in 2016.

"Kim Tae-hee to model for cosmetic brand until 40"
by HanCinema is licensed under a Creative Commons Attribution-Share Alike 3.0 Unported License.
Based on a work from this source