Kim Tae-hee visits Lee Wan in army... festivities for the base 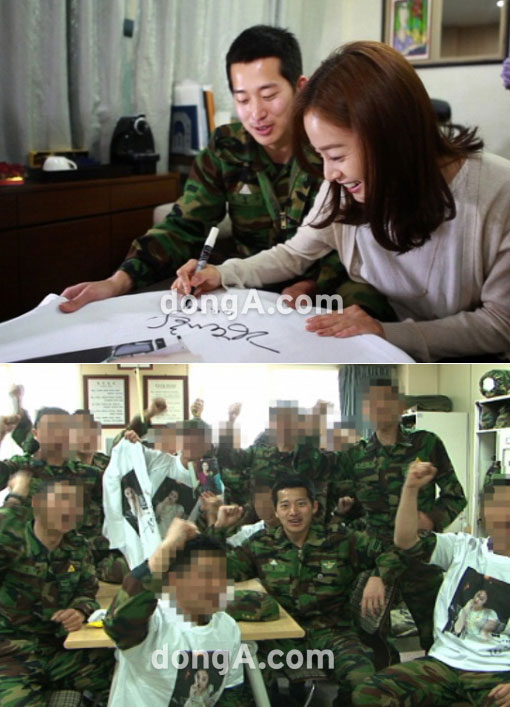 On an online community, two pictures were uploaded on the 12th under the title, "Kim Tae-hee visits brother, the base is a festival".

In the pictures, Kim Tae-hee is widely smiling and signing something with her brother Lee Wan next to her. With the peer wearing the signed T-shirt, Lee Wan is smiling brightly and shouting 'fighting!' amongst other soldiers.

The reason why the pictures are such an issue is because, when Lee Wan was entering the army he requested 500 autograph's from his sister and she had mentioned once on a TV program, "I am preparing for it and I will go visit him anytime he wants me to".

Netizen's say, "You kept your promise Kim Tae-hee", "Did she really sign 500 autographs?", "I envy the soldiers", "Has your army life become better a bit?" and more.

Meanwhile, Lee Wan is currently serving for his country as a promotional star soldier at the Chungnam Nonsan army recruit training center which he was admitted into in 2010 July 12th.

"Kim Tae-hee visits Lee Wan in army... festivities for the base"
by HanCinema is licensed under a Creative Commons Attribution-Share Alike 3.0 Unported License.
Based on a work from this source