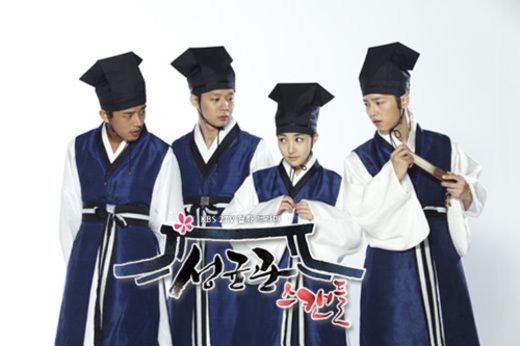 Actress Kim Tae-hee is known to be one of the passionate viewers of 'Sungkyunkwan Scandal.

Recently during the interview, Kim Tae-hee said, “I found about this new actor, Park Yoo-chun, by 'Sungkyunkwan Scandal'. I'm watching his steps with love.”

Kim Yeon-seong PD, who produced this drama, said, “Thank you for the viewers who showed great interest in this drama. We, staff, actors, and actresses, will do our best until the end.”

"Kim Tae-hee watches 'Sungkyunkwan Scandal', too?"
by HanCinema is licensed under a Creative Commons Attribution-Share Alike 3.0 Unported License.
Based on a work from this source