Kim Tae-hee "Wedding rumors with Rain are baseless, I have no idea when or if..." 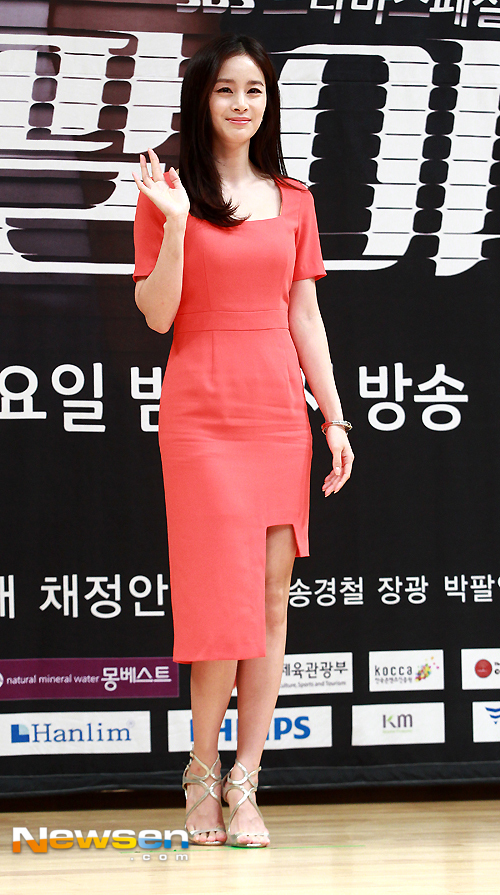 Kim Tae-hee opened up about the wedding rumors surrounding her relationship with boyfriend Rain.

At the press event held for SBS' new Wednesday-Thursday drama "Yong Pal" (written by Jang Hyeok-rin; directed by Oh Jin-seok) at the Mok-dong SBS hall on July 30th, responded to the rumors of her impending marriage with boyfriend Rain just prior to shooting. She firmly said "to be honest, it is not like subject never came up between us. We are in a relationship after all. However, nothing concrete really came out of those talks. "

She continued by saying "I'm not sure when or even who I'll end up marrying. So, it is somewhat stressful when plans are just created for me out of the ether. I worry that the public is also confused. Please understand that I cannot always respond to those rumors".

"Yong Pal" is a spectacular melodrama telling the story of a rogue surgeon, who will treat anyone anywhere for a price, meeting a "Sleeping Beauty", an unconscious heiress, at a hospital. Writer Jang Hyeok-rin of "Reset" and Director Oh Jin-seok of such shows like "Lovers in Paris", "Lovers in Prague", "Goddess of Marriage", and "Modern Farmer" will be joining forces. The cast includes Joo Won, Kim Tae-hee, Jo Hyun-jae, Chae Jung-an, Jung Woong-in, Song Kyung-chul, Jo Bok-rae, Stephanie Lee, and Jang Gwang. The show will air its first episode on Wednesday August 5th at 10PM.

"Kim Tae-hee "Wedding rumors with Rain are baseless, I have no idea when or if...""
by HanCinema is licensed under a Creative Commons Attribution-Share Alike 3.0 Unported License.
Based on a work from this source