Kim Tae-hee, why she didn't throw up blood 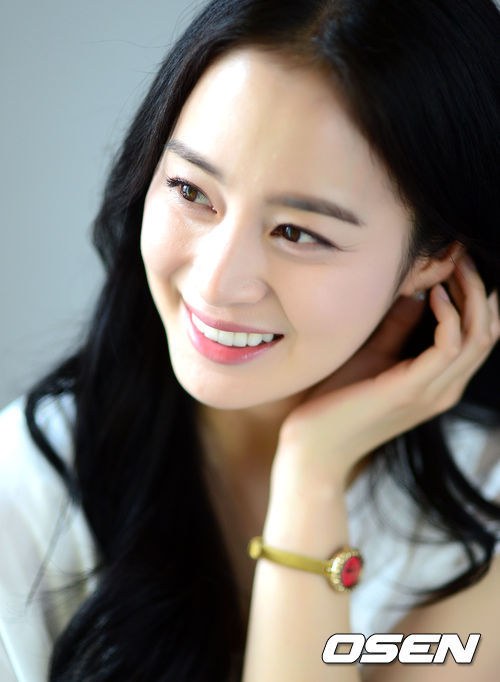 Actress Kim Tae-hee replied to the questions about why she didn't spit out blood in the scene where Jang Ok-jeong dies in the SBS drama "Jang Ok-jeong".

She said, "My acting motto was to act until I threw up. However, there really was a throwing up scene".

This scene she's talking about was the one where Jang Ok-jeong was ordered to death by drinking poison as she was somehow linked with the death of In-hyeon (Hong Soo-hyun).

Unlike the usual set up of Jang Hee-bin vomiting blood in the final scene, Kim Tae-hee didn't.

She said, "The director suggested dying without vomiting blood as it was a mellow drama. Also, my big teeth wouldn't have looked nice covered in blood for the final scene".

"Kim Tae-hee, why she didn't throw up blood"
by HanCinema is licensed under a Creative Commons Attribution-Share Alike 3.0 Unported License.
Based on a work from this source