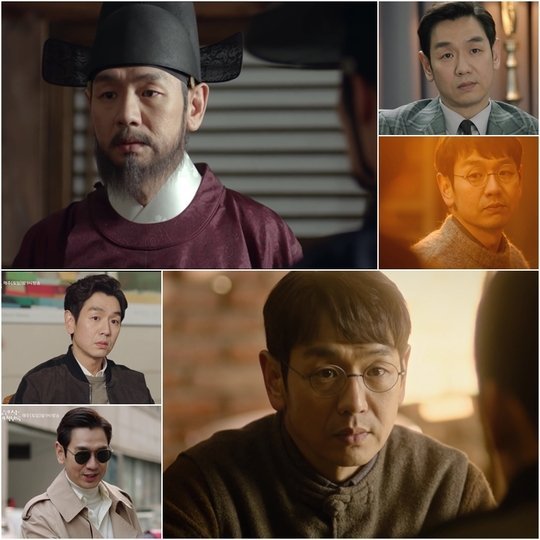 He plays Heo Yoon in the KBS 2TV drama "The Tale of Nokdu", but he's been the perfect character in everything he appears in lately.

Kim Tae-woo starred in the tvN romance drama "Romance is a Bonus Book" as a lovely character named Kim Jae-min, unlike his typical heavy image.

Then he starred in the MBC drama "The Banker" as Lee Hae-gon, the deputy chairman of a bank and an elite who pioneered his own way to create a new bank at the center of a power struggle.

Then he continued onto the MBC drama "Different Dreams" as Yoo Tae-joon, an independence activist who used to be called Schweitzer of Mongolia, and raised the level of immersion with his intense eyes and heavy enthusiasm.

Recently, he's been starring in the KBS 2TV drama "The Tale of Nokdu" as Heo Yoon, a character with a twist.

Kim Tae-woo has been in four different dramas just this year and soon he's coming out with a film called "Forbidden Dream" as Jeong Nam-son.

"Kim Tae-woo's Diverse Activities and Characters"
by HanCinema is licensed under a Creative Commons Attribution-Share Alike 3.0 Unported License.
Based on a work from this source