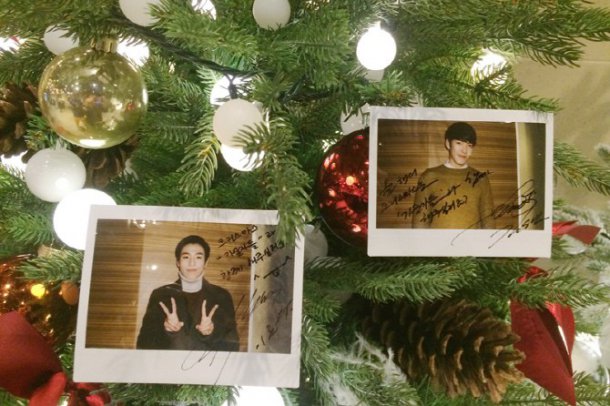 Trinity Entertainment revealed pictures of the two of them. Lee Hyun-woo's picture has a hand written note with a 'V' saying, "Are you going to watch "The Con Artists" This Christmas?" Kim Woo-bin is smiling comfortably.

The two of the tem star in the movie "The Con Artists" which is about a group of technicians who have to steal 150 billion won in 40 minutes.

"Kim Woo-bin and Lee Hyun-woo's movie promotion"
by HanCinema is licensed under a Creative Commons Attribution-Share Alike 3.0 Unported License.
Based on a work from this source