Kim Woo-bin calls G-Dragon and says, "I want to be friends with you" 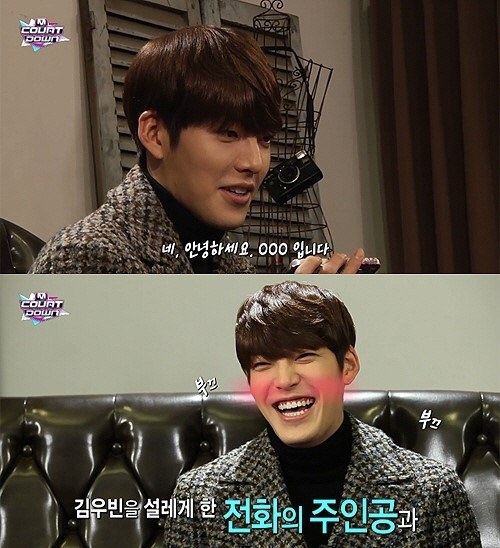 Actor Kim Woo-bin had a surprise phone call with G-Dragon.

On the New Year's Special episode of the Mnet "M Countdown", Kim Woo-bin answered questions posted by viewers through SNS.

Kim Woo-bin is known to be a fan of G-Dragon and a fan asked if they'd gotten to know each other and Kim Woo-bin succeeded in making a phone call to G-Dragon while answering the question.

He asked G-Dragon about this 2014 plans and G-Dragon said, "To get to know Kim Woo-bin better" and Kim Woo-bin called him 'hyung' as he is a year older".

Netizens say, "That was cute", "He's a fan of G-Dragon's", "Is G-Dragon going to dump Jeong Hyeong-don?" and more.

"Kim Woo-bin calls G-Dragon and says, "I want to be friends with you""
by HanCinema is licensed under a Creative Commons Attribution-Share Alike 3.0 Unported License.
Based on a work from this source