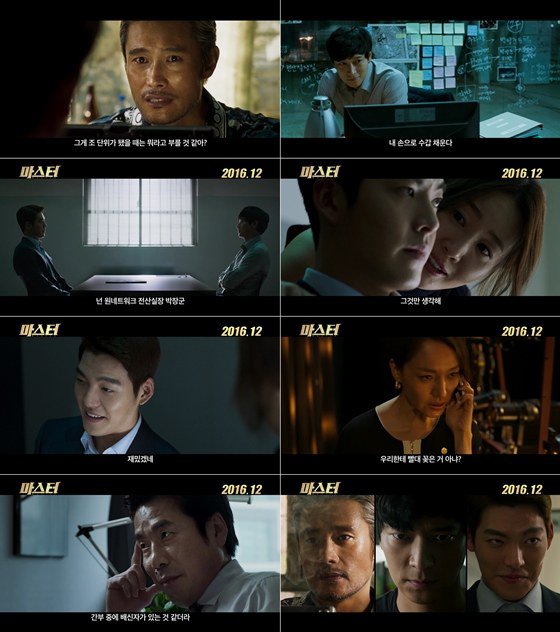 The main teaser photos of Lee Byung-hun, Gang Dong-won and Kim Woo-bin have been released for the upcoming movie, "Master".

On November 14, the main teaser revealed the captivating pursuit between fraudulent criminals and the head of the intelligence crime investigation team.

The main teaser begins with Lee Byung-hun being cheered on as he hints at the largest fraud case to unfold.

"I focused on interpreting my character in a different way", said Kim. Director Jo also revealed that Kim had suggested numerous ideas for his character throughout filming. "His ideas helped in creating a role that was full of emotion", said Jo.

Cho Ui-seok, who previously directed the movie, "Cold Eyes", in 2013, will be sitting in the director's chair for "Master".

"Master" is set to premiere this December.