Kim Woo-bin, Kang Ha-neul and Lee Junho's 'Twenty' to be released in Japan 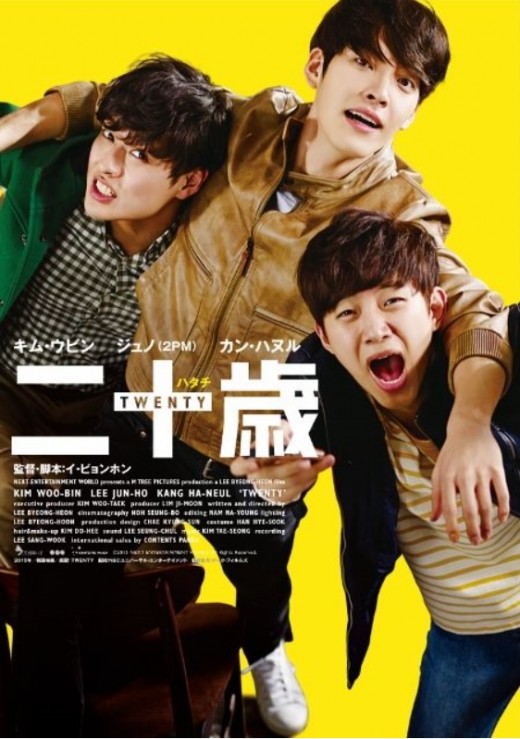 The hit comedy movie, "Twenty", which was released in March in Korea is coming to Japan in November this year.

"Twenty" scored second position at the box office and brought out the explosive reaction from moviegoers, for Kim Woo-bin, Kang Ha-neul, and 'Lee Junho"s great acting performances, who presented the unbelievably hilarious comedy at another level, and director Lee Byung-hun's cheerful and witty creation.

"Twenty" has confirmed its Japan release date as November 28th.

"Kim Woo-bin, Kang Ha-neul and Lee Junho's 'Twenty' to be released in Japan"
by HanCinema is licensed under a Creative Commons Attribution-Share Alike 3.0 Unported License.
Based on a work from this source