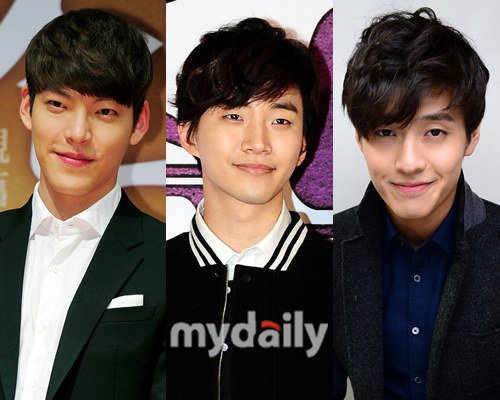 Kim Woo-bin, Lee Junho and Kang Ha-neul are starring in the movie "Twenty".

"Twenty" is the story of love and friendship between three friends who just turned twenty; the age where anything is possible and anyone is lovable. The three friends, Chi-ho, Dong-woo and Kyeong-jae approach their twenties full of expectations and experience.

Kim Woo-bin takes on the role of Chi-ho, a jobless young man who put everything he has on the line for his life. Hard time working Dong-woo is played by Joon-ho from 2PM and Kang Ha-neul is Kyeong-jae who has to do or have everything everyone else does.

"Twenty" is the debuting commercial film of director Lee Byung-hun-I who worked on "Speedy Scandal" and "Sunny - 2010".

He says, "I want to present something to relate to those who are turning twenty and memories to those who have already passed that age". Expectations of the chemistry that is going to occur between the actual friends Kim Woo-bin, Lee Junho and Kang Ha-neul, are very high.

"Kim Woo-bin, Lee Junho and Kang Ha-neul in "Twenty""
by HanCinema is licensed under a Creative Commons Attribution-Share Alike 3.0 Unported License.
Based on a work from this source