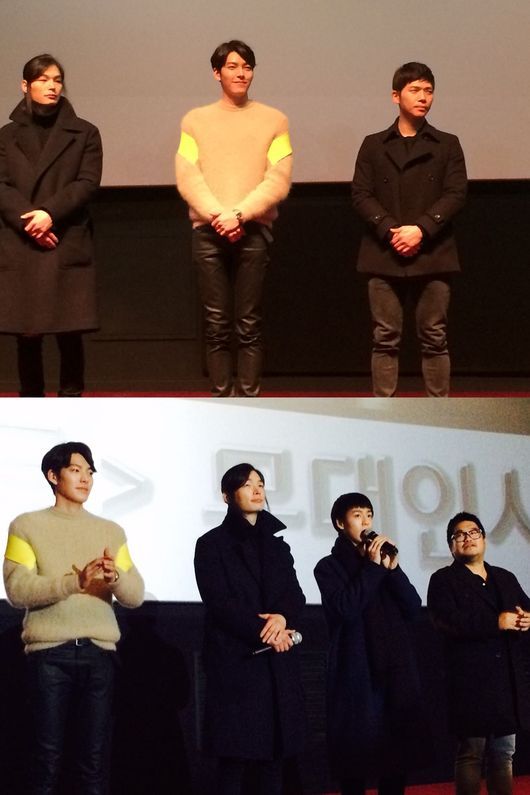 Actor Kim Woo-bin touched female fans' hearts with his witty response at a fan meeting for movie, "The Con Artists" at a theater.

The lead actors of "The Con Artists" visited theaters around Seoul and Kyeonggi-do area to meet their fans on December 27 and 28th.

Kim Woo-bin was pleasantly surprised to see the audience filled up all the seats in the theater. He greeted the audience saying, "Thank you for filling up the theater during this busy holiday season. Please take care of yourselves and don't catch cold. I wish you all happy holidays". He made the audience laugh by promoting the movie with the comment, "It's more fun if you watch "The Con Artists" second time".

When a female fan shouted "I love you", he quickly responded with "Me too", which made the entire audience burst into laughter.

Since "The Con Artists" was released on December 24th, 1.42 million people watched the movie so far according to the box office ranking by Korean Film Council.