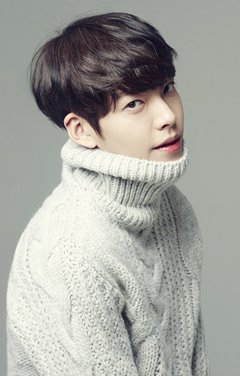 Actor Kim Woo-bin seems to be basking in his reputation and popularity these days as a hot guy. Even as popular as he is, he says, "I don't know what becoming a celebrity or star would even mean".

Kim has established himself as one of the hottest actors, starring in the TV series "The Heirs".

His latest film "The Con Artists" released at Christmas Eve got off to a good start, drawing over 2 million moviegoers already.

The film revolves around a group of con artists who steal W150 billion (US$1=W1,092) from a customs office in 40 minutes. "I didn't hesitate at all to do this film because I loved the plot and most of all it was great to have a chance to work together with veteran actors.

"Veteran actors and other co-stars made it very easy for me to do my part. They were really considerate and helpful", he said.

Asked how to prepare before taking up certain roles, he revealed he has his own tactics to improve his acting skills. "No matter how small or big a role is I always make a list of 100 questions about the character I have to play. The questionnaire starts with simple questions such as the character's name. By creating a list and filling in the answers I often get a real feel for the character", he said.

"I wouldn't say that I'm picky. I just don't want to be complacent", Kim said. "I want to make progress steadily, little by little with patience. If I continue to work this way, one day maybe I will be at the top".

Kim said he understands the nature of popularity. "It could come overnight, but go quickly. It would only be natural if the popularity I'm enjoying disappears in the way it came".

"I try to feel grateful and not take what I have now for granted", he said. "I want to pay back what I've received and don't want to disappoint those who supported me".