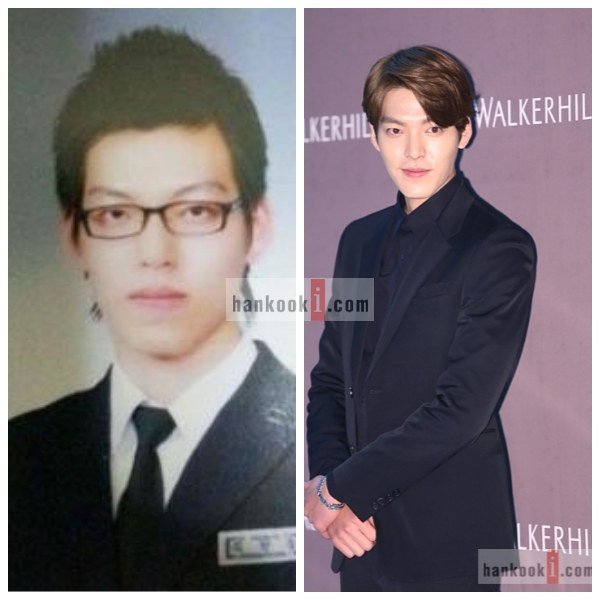 Actor Kim Woo-bin appeared on the Cult Two Show and talked about his twenties.

A picture of the actor in his high school days wore glasses and had thinner eyebrows than now. His cheeks are much chubbier.

Netizens say, "He was different when he was twenty", "Kim Woo-bin, Kang Ha-neul and Lee Junho lost a lot of weight", "Eyebrows are important" and more.

Meanwhile, Kim Woo-bin and Lee Junho from the movie "Twenty" appeared on the SBS Power FM Cult Two Show with their trainer. Kim Woo-bin was asked if he would introduce his sister to Lee Junho he said, "No. I know too much about him and I don't want to problems because of him".

"Kim Woo-bin's high school photo"
by HanCinema is licensed under a Creative Commons Attribution-Share Alike 3.0 Unported License.
Based on a work from this source