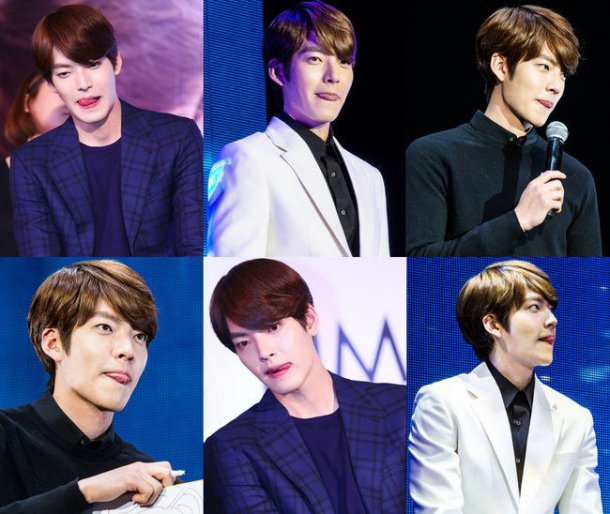 Kim Woo-bin has a sexy habit.

He's been seen licking his lips a lot during the Asian Tour fan meeting.

All the pictures of Kim Woo-bin show him naturally just sticking out his tongue on his lips during the 'Kim Woo-bin, The 1st Fan Meeting in Asia'.

Kim Woo-bin does this when he's looking at his fans, when he's listening to his interpreter or right before he says something.

Netizens say, "His tongue sticking out is so attractive", "He's so my type", "This is what I'm grateful for" and more.

Kim Woo-bin went around Hong Kong, Taiwan, Shanghai and other parts of Asia meeting his fans and bringing them over completely to his side. He's also starring in the new movies "The Technicians" and "Twenty".

"Kim Woo-bin's sexy habit"
by HanCinema is licensed under a Creative Commons Attribution-Share Alike 3.0 Unported License.
Based on a work from this source