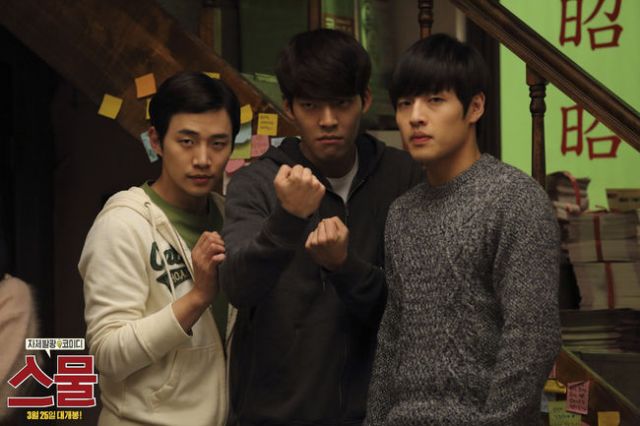 According to the integrated electronic system for movie tickets by Korea Film Council on April 22nd, "Twenty" has surpassed the record of accumulated number of viewers, 3 million people at 12:50 PM.

"Twenty" recorded over 1 million viewers in the shorted time among all Korean movies since it was released in last March. On the 10th day from its release date, it lured over 1.6 million viewers, passing its break-even point. Amidst the newly released domestic and foreign movies, "Twenty" is still doing well continuously.

The production company commented, "The movie infused the vivacious vitality into the movie market during this off season, taking the advantage of the power of youthful movie, which has reated the pleasant laughter while talking about the decisions and failures by young people in their twenties, who are stepping into the staggering and awkward adult world

Movie, "Twenty" is a comedy about the lives of Chi-ho (Kim Woo-bin), the popular one, Dong-woo ('Lee Junho'), the vital one and Kyeong-jae (Kang Ha-neul) the smart one. Since the movie was released on March 25th, it has been a great success.

"Kim Woo-bin's 'Twenty', this year's second Korean movie watched by over 3 million viewers"
by HanCinema is licensed under a Creative Commons Attribution-Share Alike 3.0 Unported License.
Based on a work from this source