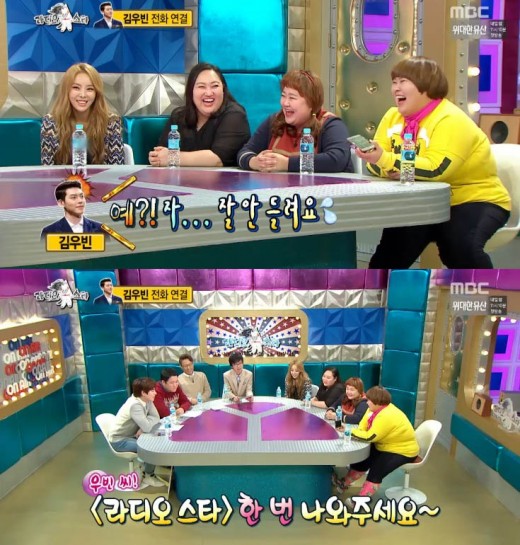 Actor Kim Woo-bin was witty when dealing with the question about his current relationship.

Hwang Mi-young, who had co-starred with Kim Woo-bin in movie "Twenty", appeared in the Novmeber 25th episode of MBC's talk show, "Radio Star".

Hwang Mi-young mentioned about Kim Woo-bin. She said, "I didn't know anyone at the ending part of the movie. Kim Woo-bin approached me first at the party and talked to me. He's got the great personality. He's a good person".

During the show, Hwang Mi-young was connected to Kim Woo-bin on the phone. The panels of the talk show asked him questions about his recent activities.

"Kim Woo-bin's witty way to avoid a question about Shin Min-ah"
by HanCinema is licensed under a Creative Commons Attribution-Share Alike 3.0 Unported License.
Based on a work from this source