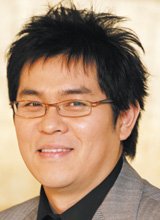 The Seoul Central Prosecutors Office on Thursday said it is investigating TV personality Kim Yong-man on charges of illegally gambling billions of won. According to prosecutors, Kim allegedly bet more than W1 billion (US$1=W1,117) since 2008 through on several illegal gambling websites using the bank account of his manager.

Prosecutors summoned Kim for questioning on Tuesday and apparently obtained a confession that he blew a lot of money gambling.

Authorities had been investigating Kim for some time on suspicion tips that he bet on illegal sports websites that cover British Premier League matches, horse racing and other sports matches.

Gambling is in principle illegal in Korea, though there are some licensed facilities for foreigners.

Prosecutors apparently discovered Kim's high-stakes bets when they were tracking around 40 bank accounts that related to illegal sports betting outfits.

They are also investigating charges that Kim gave money to an acquaintance when he fled Korea to avoid being investigated for illegal gambling charges last year.

Authorities believe other celebrities including a former boy band member and another singer also engaged in illegal gambling.

Kim has decided to quit all TV programs he hosted to reflect, as he put it, on his actions.