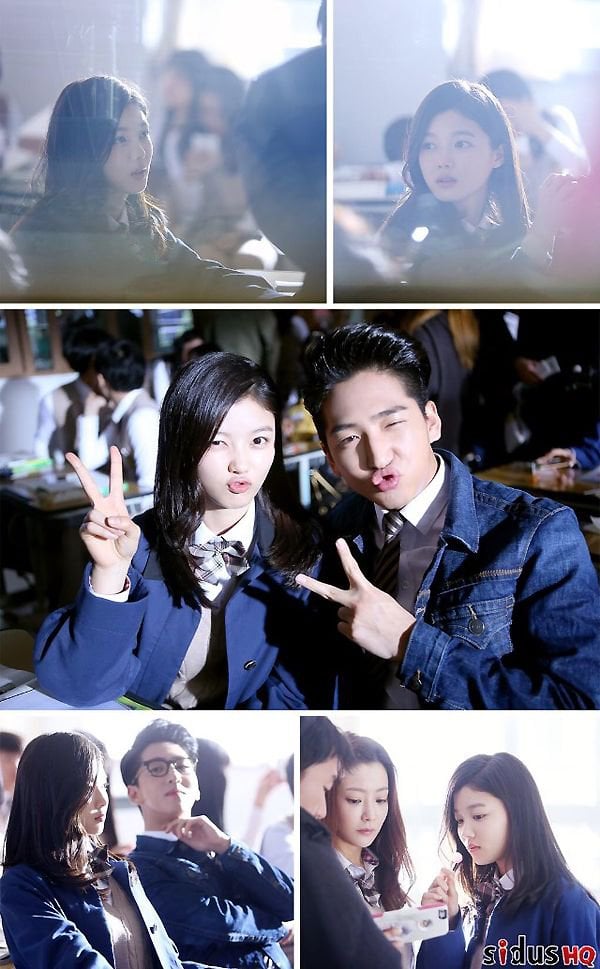 Kim Yoo-jung practiced hard reading her script with Kim Hee-sun before the filming started. However, she was different when she was with Baro. She took the cute selfies with him during the break time.

She showed off her various sides in the images. Kim Yoo-jung's fresh and youthful images as a 17 year old girl look adorable. She looked serious or whimsical depending on the mood she was in.

Kim Yoo-jung has been showing the great acting performances in MBC's "Angry Mom" for her role as a high school girl, Ah-ran, who is Kim Hee-sun's daughter in the drama.

"Kim Yoo-jung and Baro show off romance comic book character-like faces "
by HanCinema is licensed under a Creative Commons Attribution-Share Alike 3.0 Unported License.
Based on a work from this source