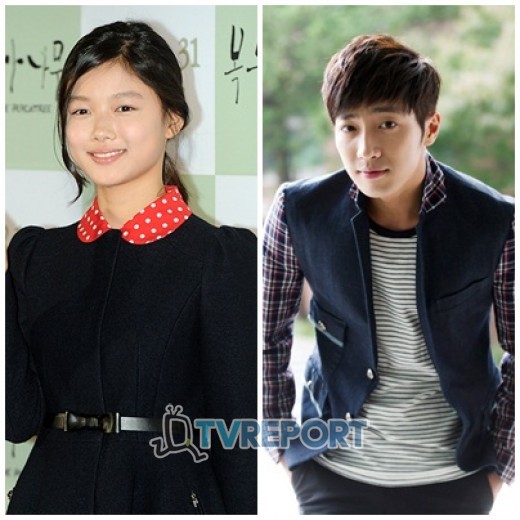 Kim Yoo-jung and Lee Sang-yeob are attempting at their first dubbing.

Lee Sang-yeob and Kim Yoo-jung are dubbing for the movie "The Nutcracker Doll 3D" that is being released on the 19th of December.

"The Nutcracker Doll 3D" is a movie version of the Tchaikovsky's Ballet "The Nutcracker Doll" which is a best selling performance during the holiday season. Dakota Fanning's sister and Hollywood's rising star Elle Fanning and John Turturro from "The Transformers" are the main characters of the movie and it is directed by "Andre Konchalovsky.

Kim Yoo-jung takes on the voice of Mary, the bold and bright little girl and Lee Sang-yeob is the nutcracker doll.

"Kim Yoo-jung and Lee Sang-yeob dubs "Nutcracker Doll 3D""
by HanCinema is licensed under a Creative Commons Attribution-Share Alike 3.0 Unported License.
Based on a work from this source