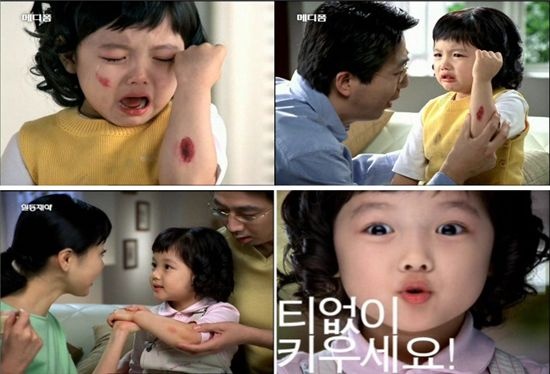 The advertisements shot by baby Kim Yoo-jung who played out the role of Yeon-woo (Han Ga-in) from the recently ended MBC drama "The Sun and the Moon", is an issue.

Five-year-old Kim Yoo-jung appeared in a medical advertisement with a boo boo on her arm. She cried in pain. The way she has tears in her eyes while her daddy takes a look at her injury, is so cute you want to bite her.

When her injury is healed, she smiles brightly with her big round eyes. The slogan, "Raise your child without scars" goes along very well with her.

Those who have seen the commercial say, "Without injuries indeed", "She was so mature in the drama and here she is just a baby", "She is a good actress", "Why is she so cute" and more.

Meanwhile, Kim Yoo-jung is going to appear as the main model for a famous designer in the "2012 F/W Seoul Fashion Week". 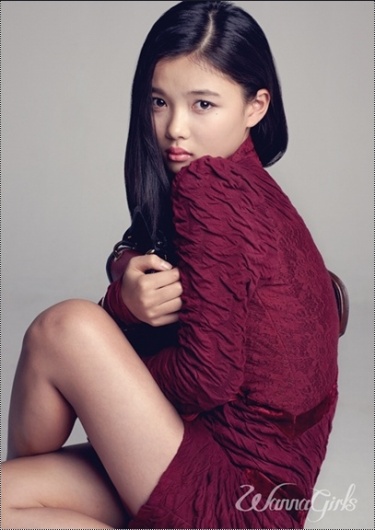 "Kim Yoo-jung's baby commercial"
by HanCinema is licensed under a Creative Commons Attribution-Share Alike 3.0 Unported License.
Based on a work from this source