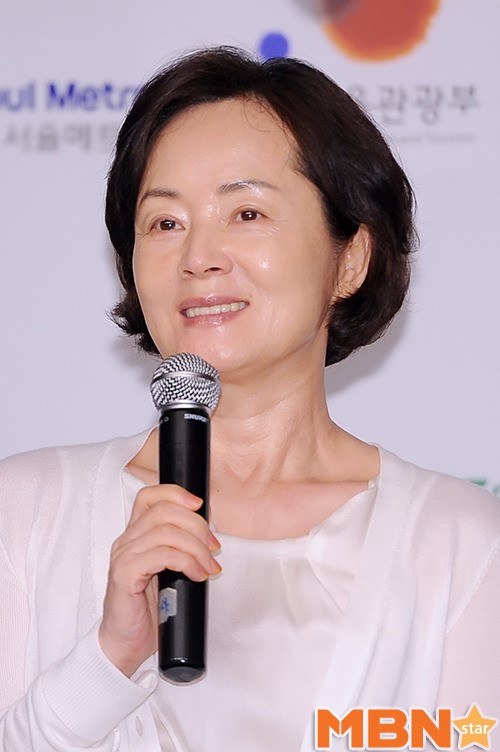 She appeared on the SBS TV show "Good Morning" and said she was suffering from cancer since the MBC drama "The Sun and the Moon".

"I wanted to hide the fact that I had pancreatic cancer from everyone and survived two months going back and forth the hospital".

"I couldn't yell or put force in my act so I had to wind a rope around my waist".

"In the end I passed out from jaundice and was taken to the ER for overworking myself. I came back from being dead in surgery which took 9 hours and weighed 40 kg".

"Kim Young-ae confesses to cancer"
by HanCinema is licensed under a Creative Commons Attribution-Share Alike 3.0 Unported License.
Based on a work from this source