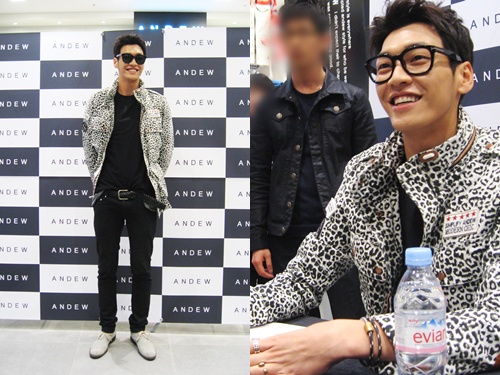 Kim had his first ever exclusive autograph signing event hosted by clothing brand "Andew" in Lotte Shopping Center on the 30th.

He greeted his fans with a warming smile and made eye contact with each and every one of them. He showed his gratitude towards them and the fans lined up endlessly before the complex opened.

It was a big crowd and business had to be stopped in between. Their support for Kim Young-kwang was apparently overwhelming for everyone.

Meanwhile, Kim Young-kwang starred in the JTBC drama "Can We Get Married?" as a bad guy and is coming up with a new SBS drama called, "The Secret of Birth".

"Kim Young-kwang's first autograph session"
by HanCinema is licensed under a Creative Commons Attribution-Share Alike 3.0 Unported License.
Based on a work from this source