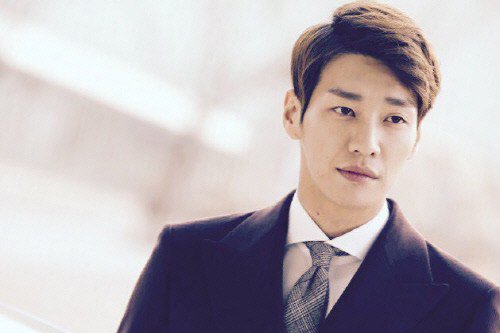 Before the lingering image of "Pinocchio" is even gone, Kim Young-kwang continues to be busy.

He is starring in the new Korea-Chinese collaborated drama "Dr. Mo Clinic" and starts filming in February.

"Dr. Mo Clinic" is about a man and a woman who did everything they could for their love but is abandoned without even a proper goodbye. Kim Young-kwang is a psychiatrist and a hypnotic therapist named Mo Ian.

Mo Ian cherishes painful memories of love and treats those who reveal the same kind of experience to him. He meets a woman called So-dam and in the process of consulting her, he cures himself.

So-dam is played by Sandra Park from the girl group 2NE1 and this is her first drama debut.

"Dr. Mo Clinic" is a web-drama collaborated by Korea and China. It's scheduled to be released in Korea TV CAST in March, Youku in China and others. The drama is directed by Kwon Hyeok-chan who also directed "Secret Garden", "A Gentleman's Dignity", "Master's Sun" and more.

Meanwhile, former model Kim Young-kwang debuted in 2008 with "Worlds Within" and continued to star in "Triple", "More Charming by the Day", "Drama Special - White Christmas" and more.

He earned his reputation last year in the drama "Plus Nine Boys" as the famous born player who only has eyes for his girl. In the recent drama "Pinocchio", he matured another step as an actor and expectation for his next performance has increased.

"Kim Young-kwang to star in Korea-Chinese drama with Sandra Park"
by HanCinema is licensed under a Creative Commons Attribution-Share Alike 3.0 Unported License.
Based on a work from this source