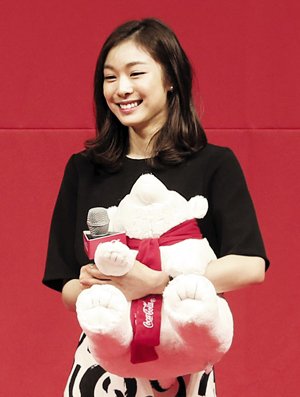 Figure skating star Kim Yu-na has been chosen by soldiers as a partner they would most like on winter guard duty.

In a recent survey by military newspaper Kookbang Ilbo, 165 out of 548 respondents, or 30.1 percent, picked Kim.

"If I were with the figure skating champion, time would pass so quickly", one soldier said. "I would even volunteer to do extra hours".

Another focused on Kim's personality. "If I were working with a good-hearted person like Kim, I would feel warm even during the very cold winter", he said.

"Kim Yu-na Named Ideal Guard Duty Partner by Soldiers"
by HanCinema is licensed under a Creative Commons Attribution-Share Alike 3.0 Unported License.
Based on a work from this source