"Kingdom - Season 2" is a mystery thriller about the struggles of Prince Yi Chang (Ju Ji-hoon) who can no longer trust anyone in Joseon, where the dead have come alive and the royal throne is being sought after. The cast consist of Ju Ji-hoon, Ryu Seung-ryong, Bae Doona, Kim Sang-ho, Kim Sung-gyu, Jun Suk-ho, Park Byung-eun, Kim Hye-jun, Kim Tae-hoon and Heo Joon-ho.

The posters show the increased conflict and oppositions between Yi Chang (Ju Ji-hoon), Seo-bi (Bae Doona) and Jo Hak-joo (Ryu Seung-ryong) and their motivation in front of the threat of the Saengsayeok.

The visual of the Saengsayeok, the most feared existence, is revealed, increasing the thrills and suspense the second season will bring.

The released character posters further raise curiosity about the drama, with each character's tense expression and the image of the blood surrounding them foreshadowing the rough journey they have to go through.

Meanwhile, "Kingdom - Season 2" begins on the 13th on Netflix. 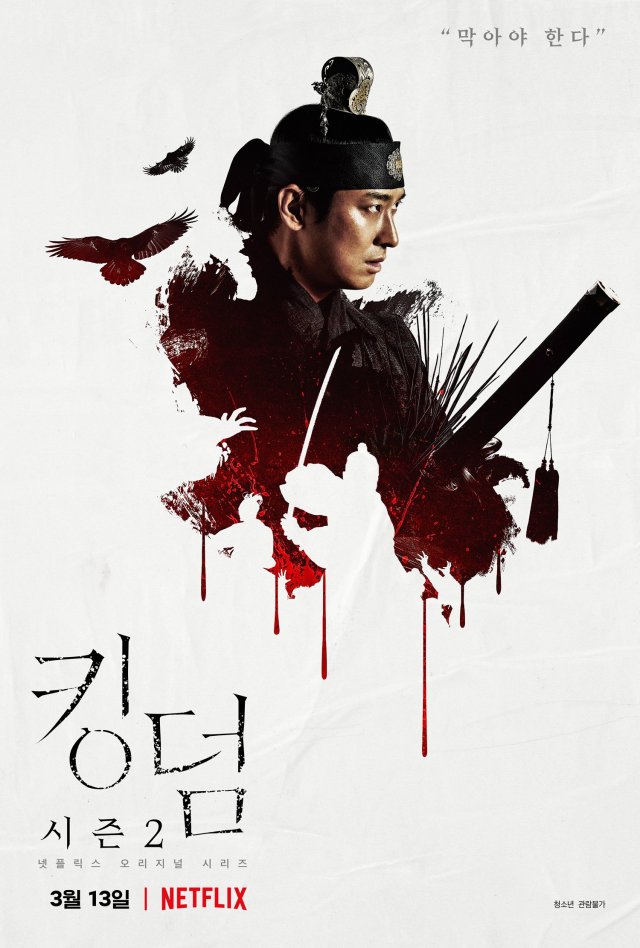 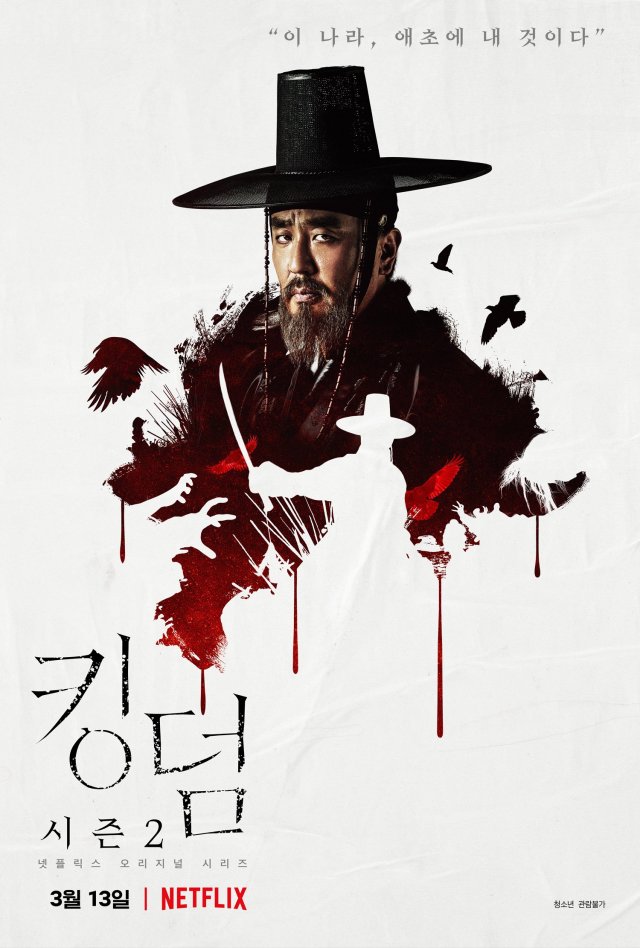 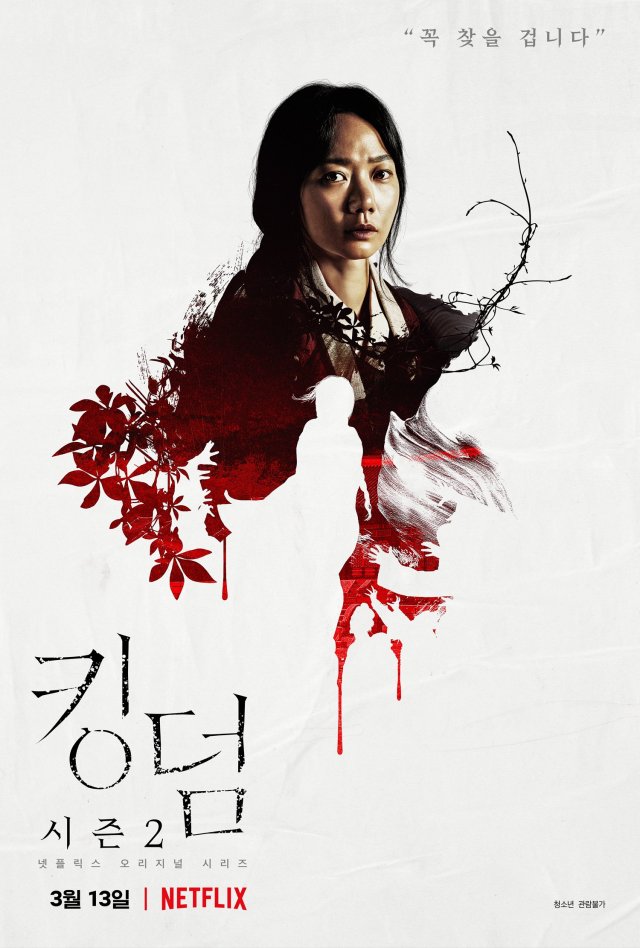 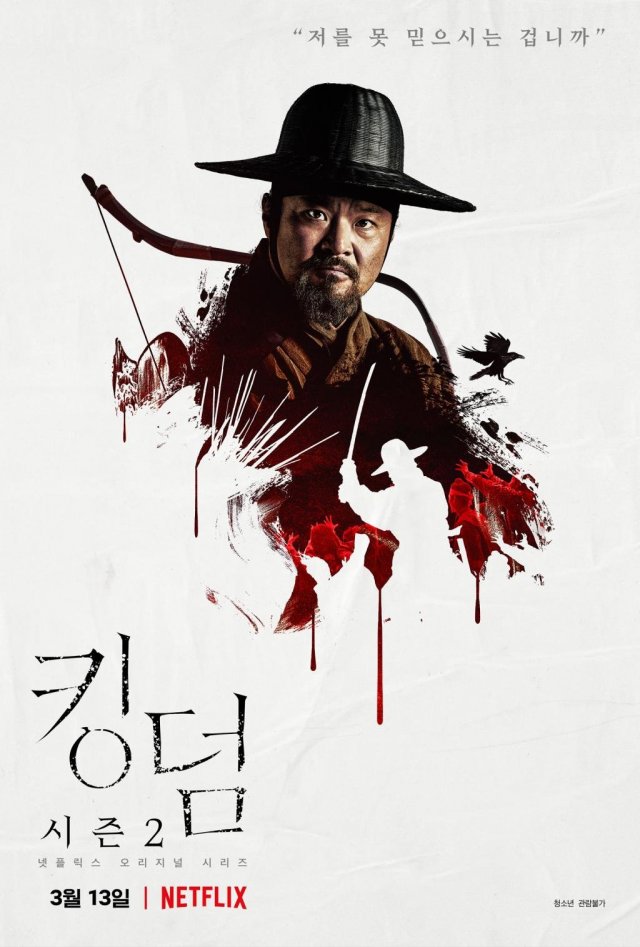 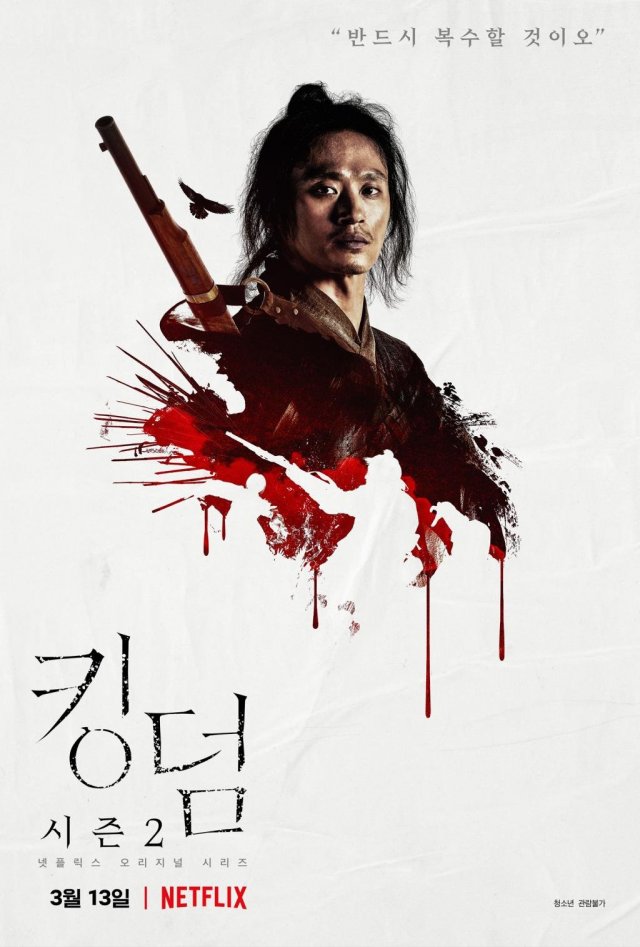 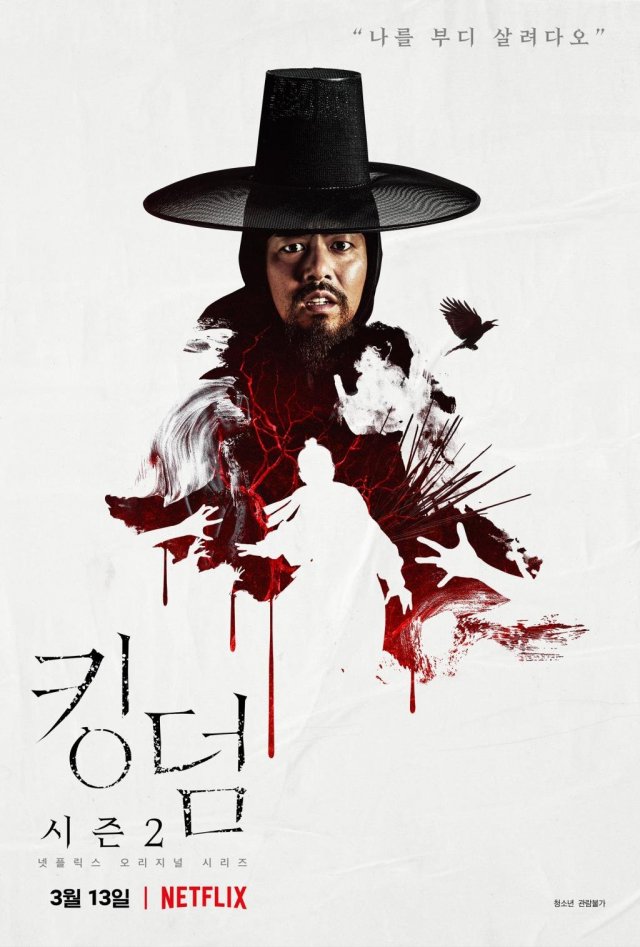 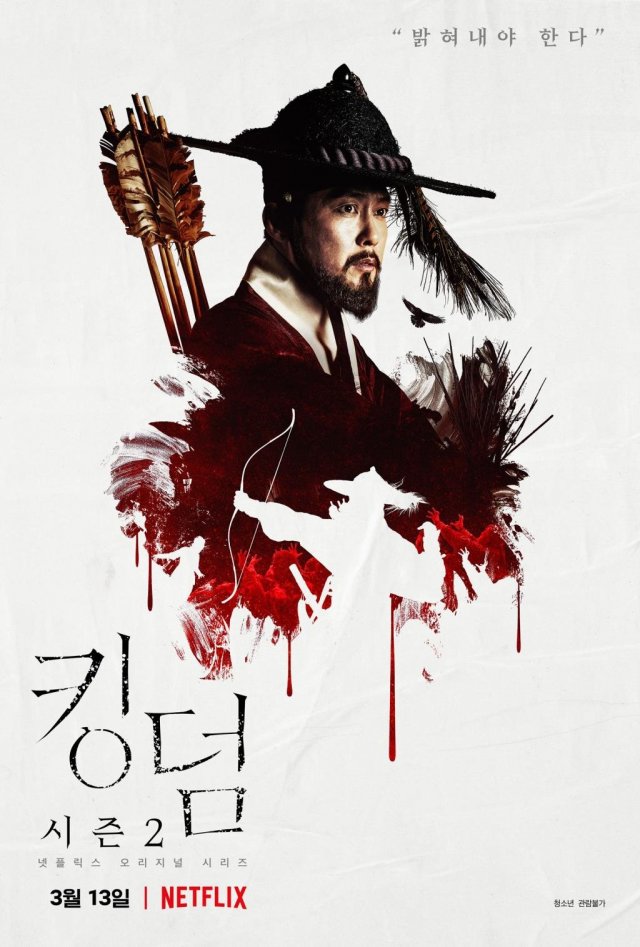 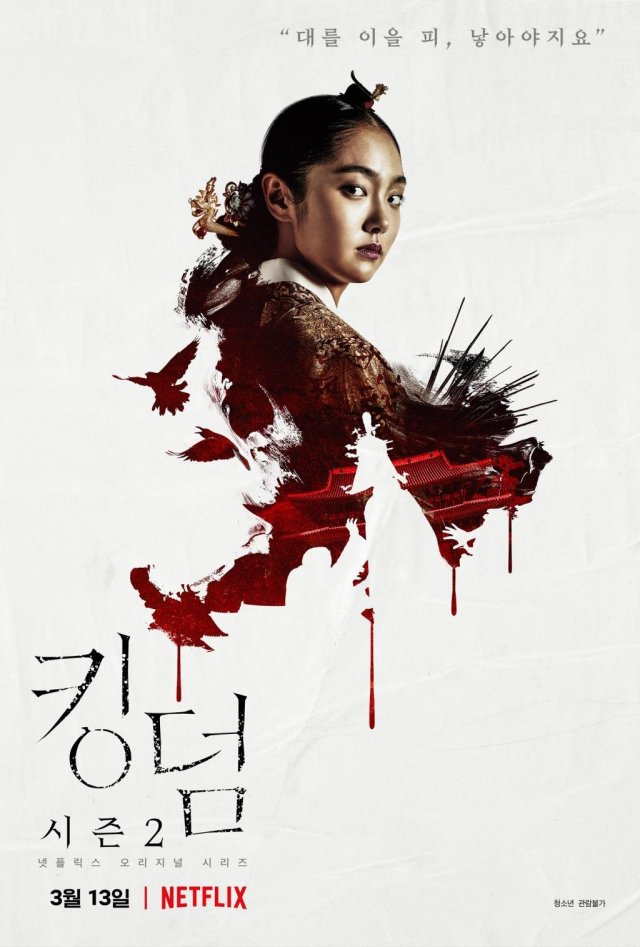 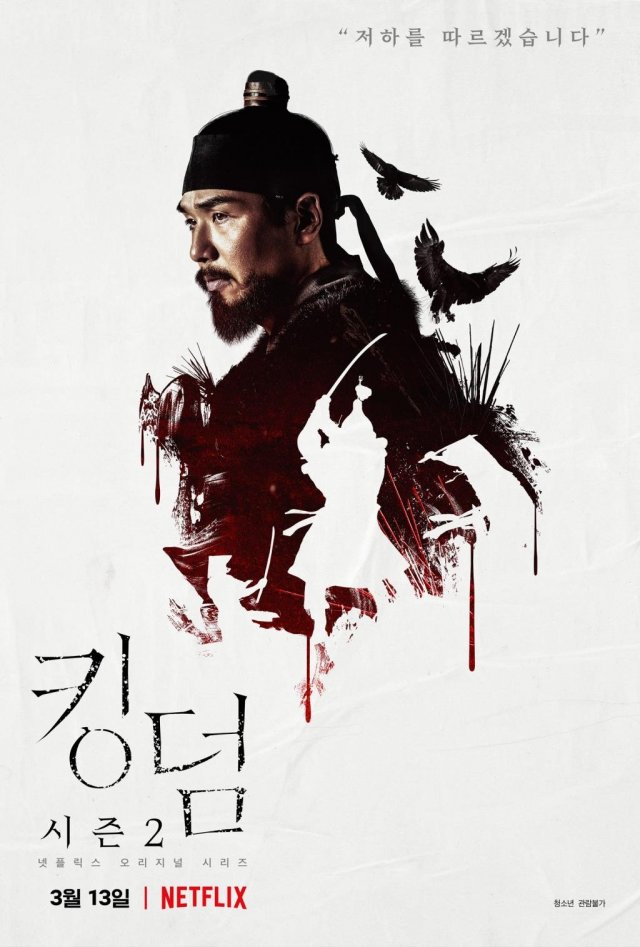 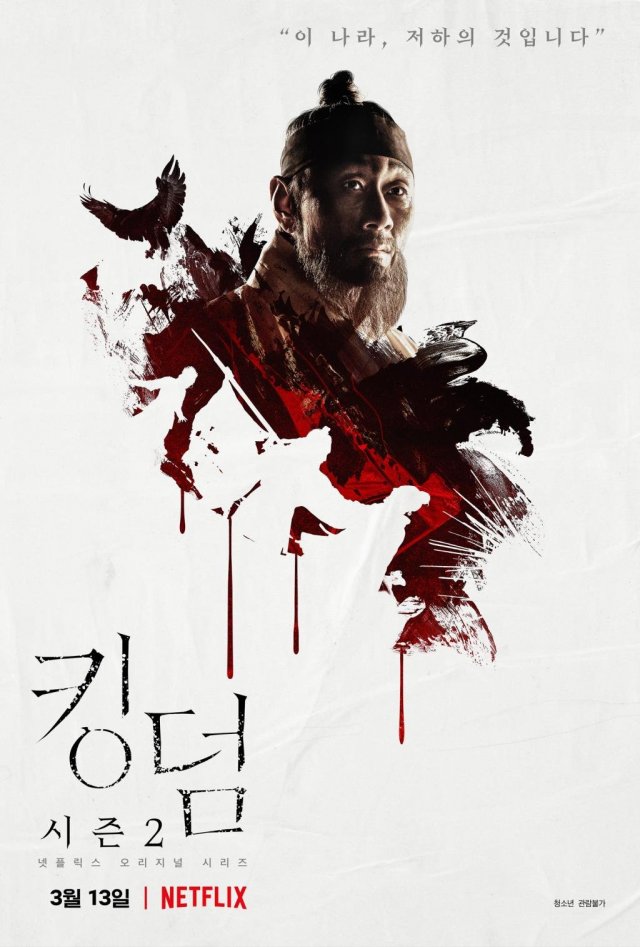 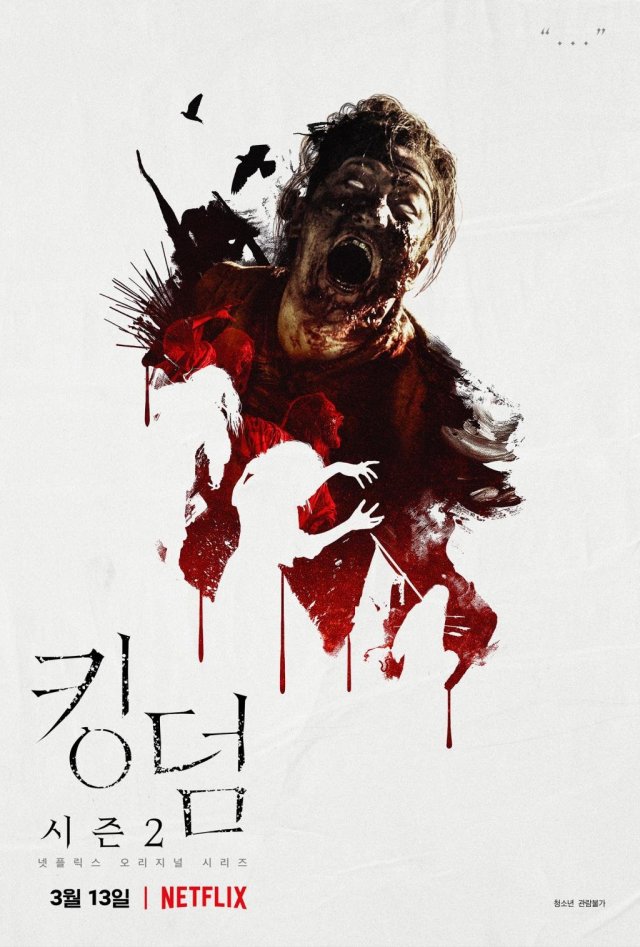 ""Kingdom - Season 2" Releases 'Bloody War' Character Posters"
by HanCinema is licensed under a Creative Commons Attribution-Share Alike 3.0 Unported License.
Based on a work from this source