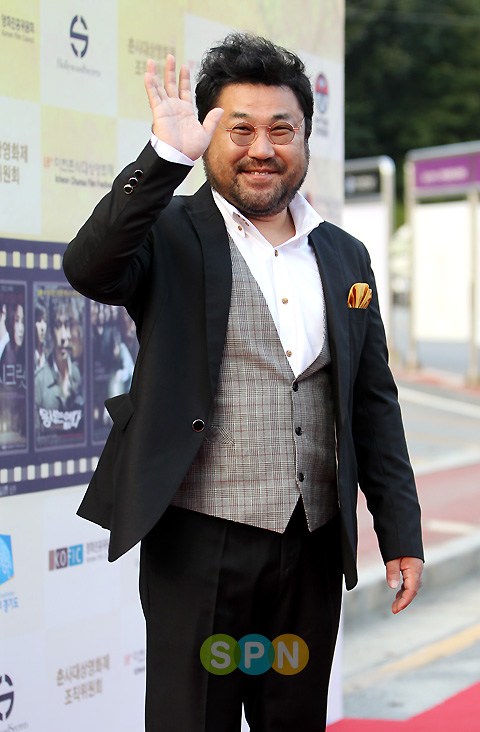 Actor Ko Chang-seok is in a tight spot with the two 10 billion won movies with him in it are being released only a day apart. He is in "The Front Line" releasing on the 20th and "Quick" coming out on the 21st.

Ko Chang-seok said in a recent interview that he gets the question 'which would you prefer of doing better?' often and he said, "I can't tell what I think. It's quite tough. I wish both of them did well".

Ko Chang-seok was a freak movie director in the movie "Rough Cut" then "Secret Reunion" and now "The Front Line", all work of director Jang Hoon. He is playing the unique character of Yang Hyo-sam who was a national independence soldier then decides to join the army again as the War of June 25th starts. He is comical and conflicts with Shin Ha-kyun.

In the movie "Quick", he is the detective who chases after the quick service man who races throughout the city.

He doesn't plan on appearing in entertainment TV programs for the promotion of his movies. He feels it's too much for one man to promote two movies alone and take favor of one either. He has finished filming the movie "Mr. Idol" recently and started filming "Miss Conspirator" and "The Body's Back".

"Ko Chang-seok "Quick" and "The Front Line" released a day apart"
by HanCinema is licensed under a Creative Commons Attribution-Share Alike 3.0 Unported License.
Based on a work from this source