Ko Joo-yeon hears news about her entrance to Gunguk university 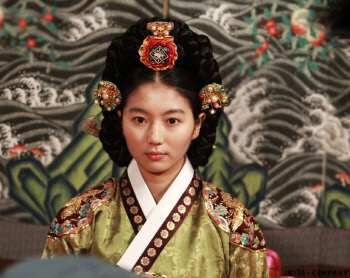 Her agency J-Wide Company announced, "We are very happy to announced that Ko Joo-yeon has been accepted into Gukguk University".

The Gunguk Arts Department is known to be school for rising stars like Lee Jong-suk, 4 Minute Hyeon-ah and Seo Woo.

Ko Joo-yeon has been playing the younger roles of actresses like Sung Yu-ri and more. She says, "I have learned many things since I was in elementary. I signed up for the Theater and Film Department in hopes of learning more and I am so happy I got in".

Meanwhile, Ko Joo-yeon has shown her passion for acting as she never puts down her script. In the fourteenth episode, she ached at the death of her father but didn't express it on the outside for the reason that she was the Queen of a country. 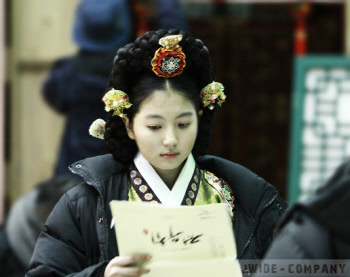 "Ko Joo-yeon hears news about her entrance to Gunguk university"
by HanCinema is licensed under a Creative Commons Attribution-Share Alike 3.0 Unported License.
Based on a work from this source