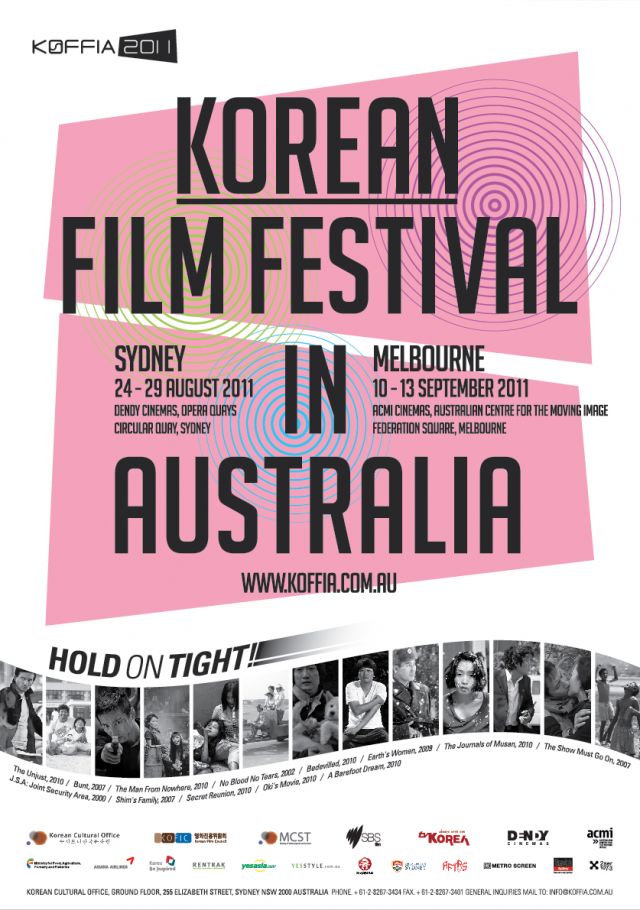 KOFFIA 2011 is coming! HOLD ON TIGHT! For immediate release The KOFFIA Korean Film Festival is back in Sydney for the second time this August, bigger and better than ever, and it all begins here! KOFFIA 2011 will present 13 feature films and 7 shorts that showcase the great diversity of Korean cinema today, as well as providing a true Korean cultural experience with industry forums, cultural performances, food tastings and so much more. HOLD ON TIGHT!

The festival will take place from 24th – 29th August at Dendy Cinemas in Circular Quay, Sydney. In this Australia-Korea Year of Friendship, we are very excited to announce that KOFFIA will also travel down to the beautiful city of Melbourne! The festival will run from 10th – 13th September at ACMI Cinemas, Australian Centre for the Moving Image, Federation Square, Melbourne. This is an extra special date, as 12th September marks the important Korean Thanksgiving Holiday of Chuseok, join us in this celebration. 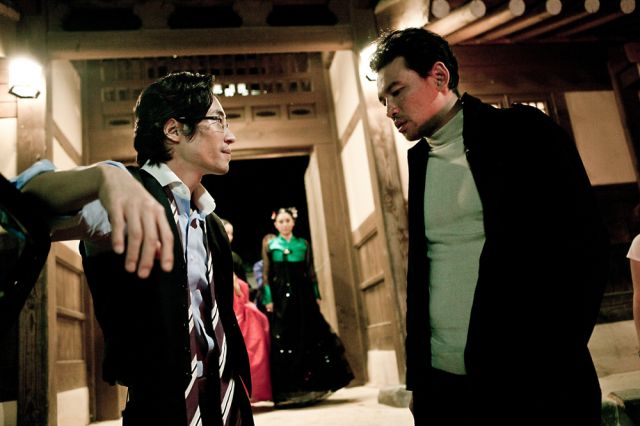 This year our line-up will be centred around six key themes felt to represent particular recurring messages in Korean cinema. Experienced genre filmmaker Ryoo Seung-wan's latest box office and critical hit "The Unjust" (2010) will open KOFFIA 2011 in Sydney as part of our 'Crime and Punishment' selection. Known for his action hits "Arahan" and "The City of Violence", we are delighted to announce that director Ryoo and producer Kang Hye-jung-I will be guests of the festival this year. Rounding out 'Crime and Punishment' is the number 1 Korean box office hit last year, "The Man From Nowhere" (2010), featuring popular actor and model "Won Bin" ("Mother - 2009"). 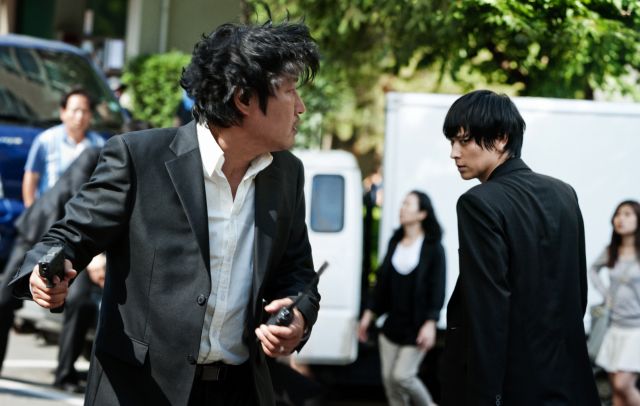 'Brothers Divided' reflects on conflict found in relationships and opens with "Secret Reunion" (2010) directed by Jang Hoon ("Rough Cut"). One of the highest grossing Korean films of all time, it follows a tense partnership between a North Korean spy and a former South Korean agent. Also screening under this theme is Park Chan-wook's classic "JSA - Joint Security Area" (2000). Arguably Park's best feature, the film tells the story of an unlikely relationship between the North and South Korean guards along the border. Both films star festival favourite Song Kang-ho. 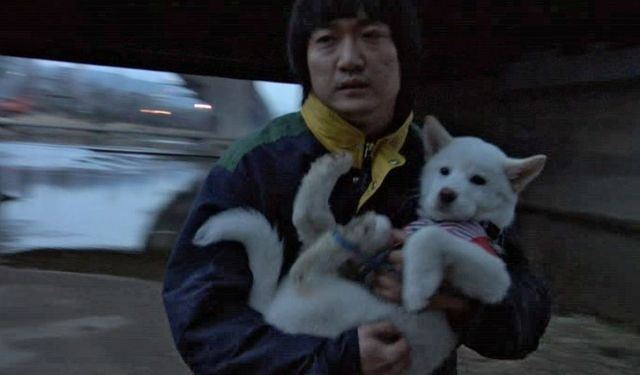 "The Journals of Musan"

'Indie Cinema' will introduce our audience to award winning independent films that have been making waves worldwide. The documentary Earth's Women (2009) follows the stories of three female farmers and their livelong friendship, as they get caught up in a peasant's rights movement. "The Journals of Musan" (2010) is Park Jung-bum's first feature, made on a shoe-string budget, and highlights the isolated lives of North Korean defectors in South Korean society. Both films won their respective categories at the revered Busan International Film Festival, taking away Best Documentary and FIPRESCI prizes respectively. 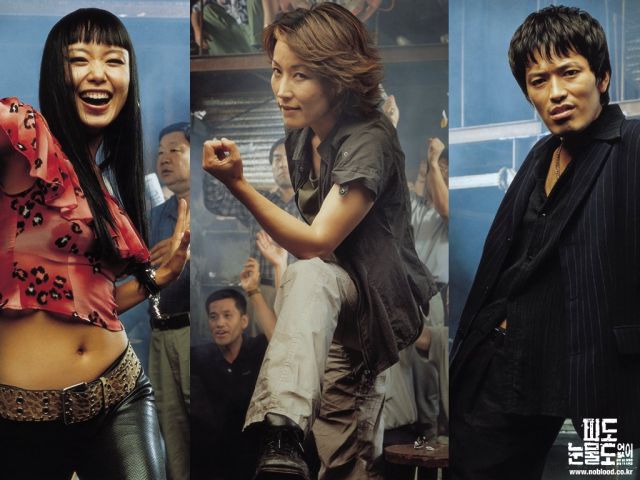 "No Blood No Tears"

'Bloody Friday' highlights the most thrill providing films of Korean cinema today! "No Blood No Tears" (2002), also directed by Ryoo Seung-wan, is a film noir crime caper with a difference, and launched stars Jeon Do-yeon (The Housemaid) and Jung Jae-young ("Castaway on the Moon"). Director Ryoo and producer Kang will attend for a Q&A. Former Kim Ki-duk assistant director, Jang Cheol-soo, makes his debut with "Bedevilled" (2010), which has reinvigorated the Korean horror film industry. 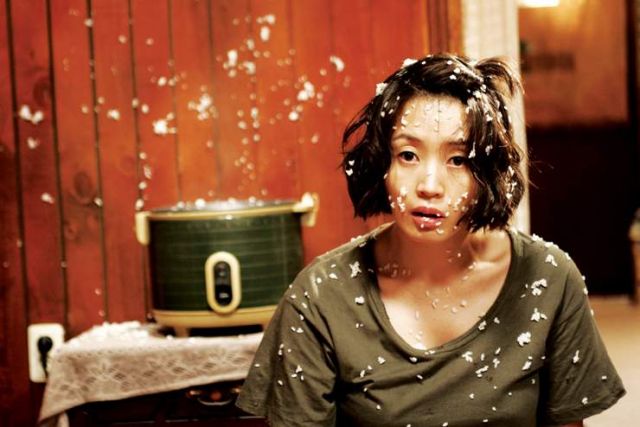 'Extraordinary Ordinary Families' describes the very nature of the extended family in contemporary Korean society, with "Shim's Family" (2007) uncovering many unknown skeletons, and "The Show Must Go on" (2007) giving us a look at the Korean Sopranos. "The Show Must Go on" won Best Picture and Best Actor at the 28th Blue Dragon Film Awards. To celebrate filmmaking 'Masters and Students' highlights the best of the Young Korean Filmmaker Awards (YKFA) entries and short films from renowned Korean directors. Also screening in this section is "Oki's Movie" (2010), the latest effort from the critically acclaimed auteur director, Hong Sang-soo. 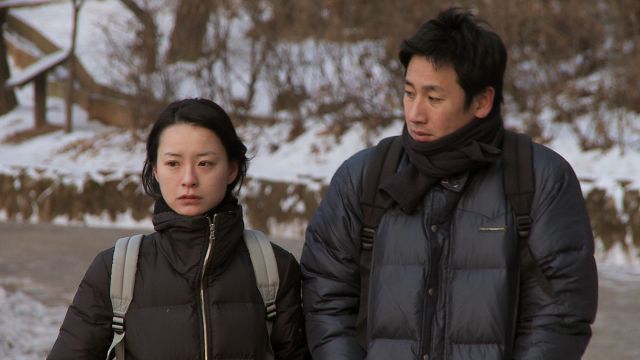 Finally we focus on the hearts and dream of youth, with 'Ride The Dream'. This year's special school screening features Bunt (2007), a heart-warming film of a mentally challenged boy who strives to help everyone around him. Closing Sydney and Opening Melbourne will be Korea's official submission for the Oscars for Best Foreign Language film, the beautiful "Barefoot Dream" (2010), which tells the true story of a Korean soccer coach who gave hope to underprivileged children in East Timor. 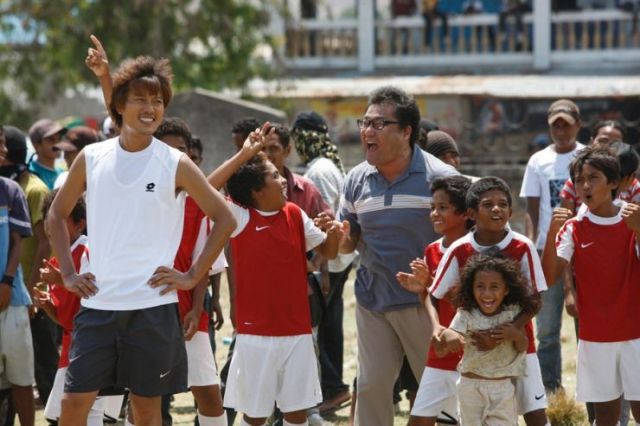 What is most clear from this line-up, is that there is much more to see of Korean cinema than many people ever imagined. Come along for whichever theme takes your fancy, as you won't be disappointed. Remember to mark the dates in your diary, August 24-29 in Sydney and September 10-13 in Melbourne, as KOFFIA 2011 will be one not to miss. Prepare to go on a rollercoaster ride of cinematic proportions, HOLD ON TIGHT!

For more information please see our website, www.koffia.com.au. Tickets are on sale 3 weeks prior to the festival dates. KOFFIA is organised by the Korean Cultural Office in Sydney.

WANT MORE?
Make sure you attend our KOFFIA 2011
Press Events and Industry Forums

We hope to see you at the festival.

You're in Sydney during the festival, you want to cover it for HanCinema and have a chance to meet Roo Seung-wan in person, please contact us for details.

"KOFFIA 2011 Film Line-up announced!"
by HanCinema is licensed under a Creative Commons Attribution-Share Alike 3.0 Unported License.
Based on a work from this source