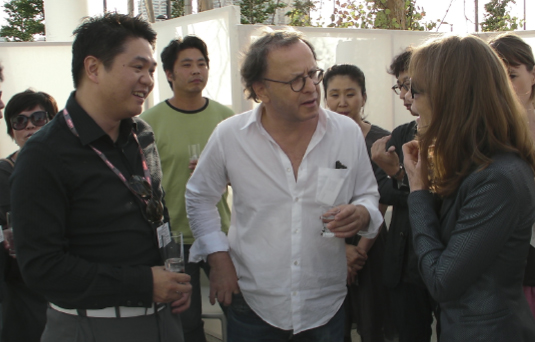 Aiming to promote and develop international co-productions, the Korean Film Council (KOFIC) is planning two upcoming KO-Production events in Tokyo and in Paris.
Ko-Production in Tokyo will be held in conjunction with TIFFCOM, the market that runs parallel to the Tokyo International Film Festival. As part of TIFFCOM's revamped Tokyo Project Gathering, which has a new focus on co-productions, KOFIC will be sending five Korea-Japan co-production projects to participate. Ko-Pro Tokyo will run Oct. 25 – 27 at the Ropponggi Hills complex with mentoring and one-on-one business meetings.
The Tokyo projects are as follows in alphabetical order:
- "Minds on Tide" a road movie about love and memories, directed by award-winning filmmaker Kim Young-nam ("Boat", "Don't Look Back")
- "Miracle - Short", directed by Kim Sang-man ("Midnight FM", "Girl Scout"). The film is based on the true story of a classical tenor who loses his voice to cancer but battles to get it back.
- "Most Romantic Sea", no director attached yet; based on Japanese writer KAMATA Toshio's bestselling novel "The World's Most Romantic Sea". Kamata also wrote the original novel that the hit Korean film "Singles" was based upon.
- "My Name Is Nobody", a mystery thriller directed by Kim Sung-su, with well-known international producer Iseki Satoru attached on the Japan side.
- "My Two Mommies", a documentary by Park Jeongsuk about her Korean mother in her adopted Japanese mother. Park's credits include the documentary "Camellia Lady" which was in the Busan International Film Festival in 2006


KO-Production in Paris is in its third year, to be held Nov. 16 – 18 in cooperation with France's CNC (Centre national du cinéma et de l'image animée). Previous Ko-pro Paris projects include Im Sang-soo's "The Housemaid - 2010", which presold to France's Pretty Pictures and was invited to Cannes, and Ruslan PAK's "Hanaan", which has been invited to Busan and Locarno this year. This year, KOFIC has selected projects with directors who are either already well-known in Europe or have the potential to be.

The Paris projects are as follows:
- "Way Back Home", directed by Lee Yoon-ki ("My Dear Enemy") with Cannes award-winning actress Jeon Do-yeon attached. CJ E&M is producing this story of a woman who is sent to prison on Martinique after becoming an unwitting drug mule.
- "I Love Paris" (working title), directed by LEE Mi-yun (L'abri) is a K-pop romance with Eugene LEE (A Bittersweet Life) producing.
- "Illegal Immigrant" (working title), directed by Jeon Soo-il ("With a Girl of Black Soil") tells the story of a couple whose Parisian honeymoon is ruined by an accident and how the husband sets out on harrowing a road trip to find his wife
- "I Met Roh Gi-wan" (working title) based on an award-winning novel about a writer who flies to Belgium to track down a North Korean defector. Producer Syd LIM's credits include "Old Boy" and "Crying Fist".

"KOFIC NEWS"
by HanCinema is licensed under a Creative Commons Attribution-Share Alike 3.0 Unported License.
Based on a work from this source