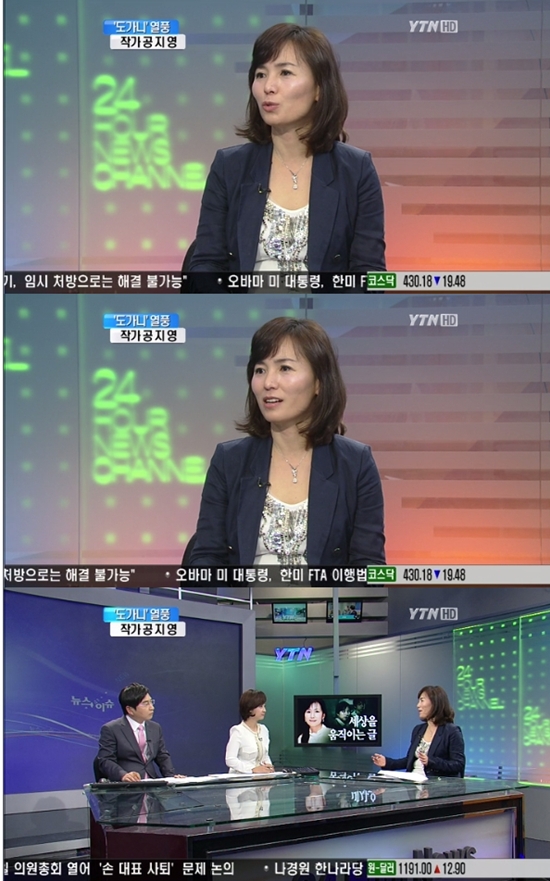 The original writer of novel "Silenced" appeared on YTN "News and Issue – Issue and People" and revealed that the situation for the main characters of the "Silenced" was much crueler [than portrayed in the current movie].

Kong Ji-yeong said, "There was a lot of sexual harassment but there was violence too. The children had a hard time just living off the basics".

"At dinner, they made them gather around like pigs to eat what was left over from lunch. I couldn't help but eat only crackers after seeing that.

She continued and explained about the reason for writing her book, "They opened up to me real quickly. I wanted to revive this incident and give them some kind of strength".

Kong Ji-yeong's novel is about the reality of a school for the deaf in Mujin, a pro-democracy mecca. It reveals the good and the bad of the world and goes through the truth and lies surrounding the school.

"Kong Ji-yeong "The reality for the main character was even worse" "
by HanCinema is licensed under a Creative Commons Attribution-Share Alike 3.0 Unported License.
Based on a work from this source